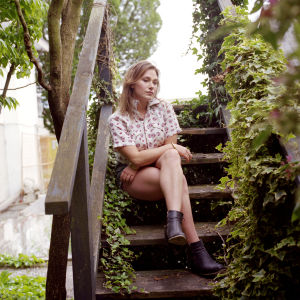 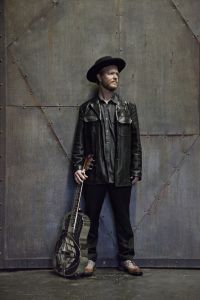 At any given moment, there are so many sounds competing for our attention that it’s easy to get overwhelmed and hear nothing.  But, every now and then, a voice comes along that cuts through all the random noise and clatter, a voice that makes you stop and really listen because whatever you were doing up until that point isn’t as important as listening to it and letting it take you where it wants to go.

Colleen Rennison has a voice like that.  A voice that channels power, tenderness and a range of emotions that seem like they couldn’t possibly come from a singer who’s only 25 years old. Colleen has a voice that can floor you, and envelop you, and bring all of the pain and struggles of your life crashing down on you like a tidal wave. It’s a voice and phrasing that took Etta James decades to properly control, that Aretha Franklin had to go to Hell and back to even go near. Yes, it can hurt to listen to Colleen sing, but it’s a hurting you’ll want to go through over and over again because of how much you feel better, lighter, cleansed, every time you hear it.

For the past few years, when she’s not acting in movies and television, Colleen’s been the lead singer of No Sinner, a raucous Vancouver band whose legendary gigs have given her the chance to holler, belt and shimmy like a church on fire. For her debut solo album, See The Sky About To Rain, Colleen had something a little different in mind. She wanted to back away a bit from the wild and shambolic intensity of ‘No Sinner’ and take it down a notch or two and take the opportunity to sing some of her favourite songs from childhood that have stayed with her. In her words, ‘the album gave me the chance to really go back to the time when a singer was a singer and a songwriter was a songwriter and a musician was a musician. I am in awe of each of these songs and have done my best to honour them and find the truest way to sing them.’

And she has succeeded in doing that beyond anyone’s wildest expectations. By going back through the great Canadian songbook and selecting iconic songs from Neil Young, Leonard Cohen, Joni Mitchell and the Band, aside from totally nailing each performance, she shows us that no matter how many times we’ve heard a particular song, in the hands of a master interpreter, there’s always something new to experience. When Colleen sings lyrics that you’ve heard a thousand times before as she does in ‘Stage Fright’ or ‘Coyote’, she reveals new shades and colours in her phrasing and inflection that make these standards sound as if they were written yesterday.

Colleen couldn’t have found a better collaborator for this project than Steve Dawson, the award winning Canadian string player/guitarist/multi-instrumentalist and producer. The songs that made it onto See The Sky About To Rain were recorded mostly live off the floor during a massive week-long session that will yield five albums for five different artists in the next year or so. With such an inspiring setting and some of Canada’s best musicians, including Darryl Havers (keys), Geoff Hicks(drums) and Jeremy Holmes (bass) tapped to play, there was bound to be some magical chemistry in the studio. The session was, in Colleen’s words, “like a dream. Steve records in such a way with his funky old monitors and vintage microphones that there’s this amazing ambience in the room. You can even hear the dust falling from the ceiling and it becomes part of the song.” This kind of environment was perfect for Colleen as it encouraged her to respond in the moment and pour her whole heart and soul into each of these unvarnished performances.

Colleen’s performances on See The Sky About To Rain are so powerful and unforced with every arrangement so perfectly in tune with the singer’s moods that it would be very difficult to pick a single highlight from the album. The yearning and hurting of ‘My Crew’ and ‘Oleander’ with gorgeous backup vocals from the fabulous McCrary sisters and a scorching version of ‘White Freight Liner’ with some truly inspired fiddling and mandolin playing from bluegrass legend Tim O’Brien will appeal to classic country and gospel fans, while others will love the extra richness and depth the horns give Colleen’s performances of‘Whiskey, Whiskey’, ‘All La Glory’ and ‘Stage Fright.’ But, perhaps no song plays to all of her strengths as much as the knock out rendition of Tom Russell’s classic ballad ‘Blue Wing.’ It is a song that gives Rennison the chance to explore her tender and more nuanced side with a performance that says as much in the well-chosen silences as it does with the vocals. Tragedy has rarely sounded so beautiful.

Singers like Colleen Rennison don’t come around every day. Neither do records like See The Sky About To Rain. As the years pass and you’ve forgotten almost everything else that happened in 2014, the songs on this record will linger on like the memory of a first kiss on a rainy October day.