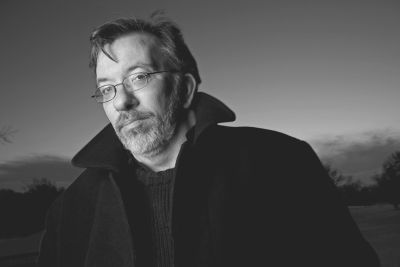 Called Canada’s finest singer-songwriter by one of the most respected music journalists of the last 50 years, James Keelaghan is an artist who has proven to be a man for all seasons.

As the calendar pages have turned, for almost a quarter of a century now, this poet laureate of the folk and roots music world has gone about his work with a combination of passion, curiosity intent and intensity.

His masterful story telling has, over the course of nine recordings, been part of the bedrock of his success, earning Keelaghan nominations and awards - including a Juno (Canada's Grammy) - and acclaim from Australia to Scandinavia.

Possessed of an insatiable appetite for finding the next unique story line, Keelaghan forges his pieces with brilliant craftsmanship and monogrammed artistic vision, making him one of the most distinctive and readily identifiable voices on both the Canadian and international singer-songwriter scenes.

His journey has attracted fans of literate and layered songwriting to join him on his artistic expeditions, some of which weave their way through marvelously etched historical stories with underlying universal themes, others of which mine the depths of the soul and the emotional trails of human relations.

His songbook has enlightened, enthralled, and been embraced, by audiences around the world.

"I’ve always had the urge to write," says the Calgary native who has been calling Winnipeg home for the past few years. "Some things weren’t being said in the way I wanted to say them, some thing were not being written about at all. That's why i started to write the historical material. That led me to writing my own personal narratives as well.”