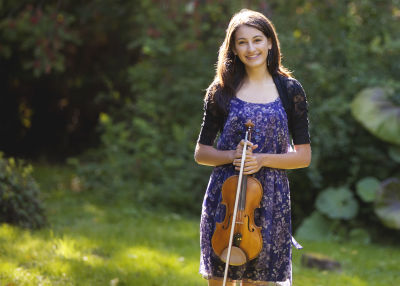 With grace and passion, Jocelyn has ignited stages across Canada, the US, the UK and Europe; performed on national television and radio; performed with Irish supergroup The Chieftains; and earned multiple award nominations, including two at the Canadian Folk Music Awards.

With the new album, Caravan, Jocelyn and her band bring together an uplifting collection of original compositions, and spirited arrangements of tunes and songs from Cape Breton, Québec, Ireland, Scotland, Brittany (France), Galicia (Spain), and Scandinavia.

From foot-stompin’ dance sets to lyrical melodies and rhythmic grooves, Caravan is a timeless journey celebrating the folk traditions of these cultures, and the new creations and collaborations they inspire. Featuring blazing-to-soulful fiddling, stepdancing, and vocals - backed by piano, guitar, bodhrán, and very special guests - this CD Release Celebration will be an upbeat and fun evening of music, song, and dance.