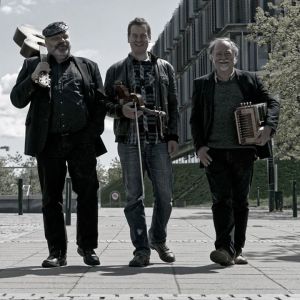 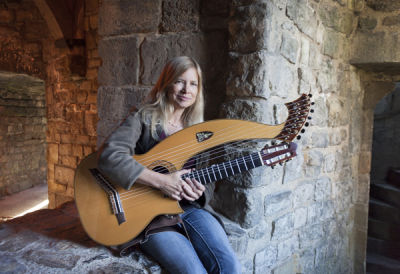 This lively trio performs old dance tunes and songs from every corner of their Scandinavian home country. From rural islands like Læsø to the metropolis Copenhagen, including a few of their own compositions. Expect everything from wild polkas and jigs to lyrical waltzes, fiery reels and happy hopsas, plus the exotic “Sønderhoning” dance tunes from the famous Island of Fanø, and long forgotten songs from all over the country. An unforgettable live experience spiced up with humour and stories from their many years on the road.

Sonnich (accordion, harmonica, vocals) is a master of Irish, French-Canadian and Danish traditional tunes. Over the past 25 years he’s been leading the revival of the diatonic accordion and harmonica in Danish folk music. Sonnich holds a special place in his heart for the music from the Western Island of Fanø, where his family is deeply rooted. He is best know for his work with the ULC trio and later quintet. ULC received the Danish Music Award (Danish "Grammy") in the category "Folk Album of the year" in 2001 and 2004.

Morten Alfred (guitar, vocals) is well known and respected on the Danish and international roots and folk music scenes as an innovative and deeply original guitar player, singer and composer. Over the years, Morten Alfred has recorded many albums with Danish and international artists, and has received eight Danish Music Awards (Danish "Grammy"), most of them for playing in the Danish duo Haugaard & Høirup! In recognition of his involvement in the roots and folk music scene over the years, in 2012 Morten received a the Danish Music "Award of Honour".

Award winning guitarist, composer, and harp guitarist Muriel Anderson will perform a short opening set. She is one of the few international touring guitarists equally at home with fingerstyle, bluegrass, classical, freeform, and international music. She has recorded with country legend Chet Atkins, performed with jazz greats Les Paul and Victor Wooten and with classical orchestras. Her recent CD Nightlight-Daylight placed first in its category in 11 national awards, and is the first ever to incorporate interactive fiber optics. Founder of the renowned Muriel Anderson’s ALL STAR GUITAR NIGHT®, she enjoys sharing her joy of music via her charity, the MUSIC-FOR-LIFE ALLIANCE. Muriel is the first woman to have won the National Fingerstyle Guitar Championship. Her unique approach to the instrument virtually transforms the guitar into a lyrical choir, then a marching band, then a Japanese koto, then a Bluegrass band, one minute launching into a Beatles’ tune and the next, Rodrigo’s Concerto de Aranjuez. Her gentle sense of humour and her facility across multiple genres of music is revered by guitarists worldwide.