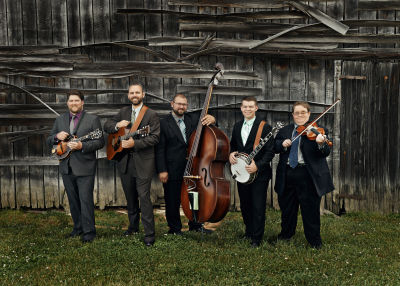 Michael Cleveland is one of the premier bluegrass fiddlers of his generation and, with TEN International Bluegrass Music Association (IBMA) Fiddle Player of the Year awards under his belt, he is one the most awarded and celebrated fiddler in the history of the music. Cleveland plays with so much fire, drive and virtuosity that audiences are often left shaking their heads in amazement. After picking up the fiddle at age 4, Michael’s musical momentum began to propel him forward towards early success. He debuted at the Opry as a guest of Alison Krauss and was hand picked for the IBMA Bluegrass Youth Allstars before he was 14. His blistering prowess and technical fluency have since marked him as a sought-after guest, leading to performances with Vince Gill, Marty Stuart, The Mark Newton Band, J.D. Crowe and the New South, Audie Blaylock and Redline, and Dale Ann Bradley in recent years. However, it wasn’t until 2006, when Michael formed his band Michael Cleveland and Flamekeeper, that he found the right vehicle for his musical vision.

Although Michael is squarely cemented as a bluegrass musician, he wasn’t always a fierce fiddler, originally starting his training in the classical Suzuki method. But Cleveland had always known his true calling. “When I started taking lessons at age 4,” he remembers, “I told the teacher right up front that I wanted to learn how to play bluegrass and I wanted to play ‘Orange Blossom Special.'” Reluctant as they were, his teachers quickly found reason to his rhyme, helping him progress to the point when, at age 9, Michael was invited to sit in with the legendary Bill Monroe at the Bean Blossom Bluegrass Festival. Soon after, he brought his virtuosic style to the Opry, A Prairie Home Companion, and the U.S. Congress, and hasn’t rested since, constantly looking for new ways to push himself and his music forward.

Three albums into their career as a band, Michael Cleveland and Flamekeeper have hit their stride with On Down the Line. At the core of Flamekeeper’s approach is trying to find the balance between honoring bluegrass music’s founding fathers while still breaking new ground. The band’s desire to look outward for new ideas and songs while still staying rooted in bluegrass is readily apparent on the new project. The lead off track is a cover of Julian Lennon’s song “Too Late For Goodbyes” and the jaw dropping instrumental trades and racing tempo make this such a perfect fit in bluegrass that it’s hard to imagine the song had a life outside of the genre. As Michael says: “We do want to keep within the traditional way of doing things. But I don’t want to be so traditional that you play only traditional licks. My feeling is that if you’re jamming, and you think of something, no matter where it came from, you play it.”

Together with his band Flamekeeper (four-time IBMA Instrumental Band of the Year Award winners) Cleveland delivers some of the most powerful, exciting and authentic bluegrass you can find.