An Evening of Songwriters @ The Rogue 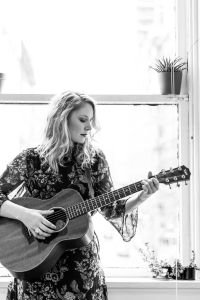 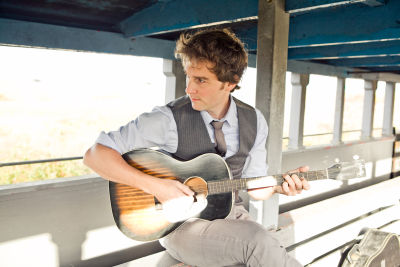 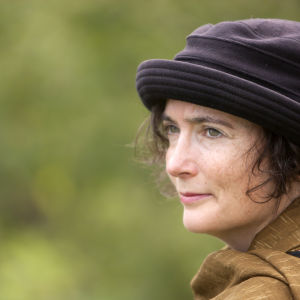 This will be an evening of songwriting and storytelling that you don't want to miss! Ian Sherwood brings the charm of the East Coast, Maria Dunn brings social and historical commentary, Khari McClelland resurrects songs of the slave trade, and Lydia Hol brings songs of the sea.

$1 from each ticket will be donated to support local charity Music Heals. We will also be collecting old iPods/MP3 players to donate to Music Heals. These iPods are used by music therapists across BC.

Ian Sherwood is a musician, story teller and a constant creator. He has penned tunes for many other artists as well as for theatre, film and television. He was named Contemporary Singer of the Year by the 2013 Canadian Folk Music Awards, Best Male Artist of the Year by the 2012 International Acoustic Music Awards and was the 2008 and 2010 Music Nova Scotia Musician Of The Year. Bob Mersereau of CBC Radio, Fredericton described him as “... a natural performer who entertains as much with his wit and stories as with his songs.”

"Everywhere To Go" is Ian Sherwood's latest studio creation. Considered to be his best to date, it is chock-full of instantly appealing hooks and singable choruses while sitting comfortably in Sherwood's signature style of imaginative, narrative writing.

Juno-nominated songwriter ﻿Maria Dunn draws deeply on the folk tradition of storytelling through song. Melding North American roots music with her Scottish-Irish heritage, she sings about the resilience and grace of “ordinary” people, past and present. Along with multimedia shows GWG: Piece by Piece, On The River (with Asani) and Troublemakers, developed in collaboration with Don Bouzek of Ground Zero Productions, Maria has six independent CDs, including Piece By Piece (2013 Canadian Folk Music Award Nominee), The Peddler (2009 CFMA Nominee), and 2004 people’s history of Alberta, We Were Good People. With producer Shannon Johnson, she most recently recorded Gathering (April 2016), a collection of songs inspired by love—the love of family, community and humanity that connects us and fires our actions to make the word a better place. Maria performs at folk festivals, theatres and conferences across Canada, Europe and the USA.

Reared on gospel, hip hop, folk and soul in Hitsville, USA, the home of Motown Records, Khari  McClelland began his musical education early. Every Sunday provided lessons in the roots of African American music and cultural expression, through the wafting sounds of Gospel from street corner churches and local radio programs, like that of Aretha’s father CL Franklin. Every other day, the sounds of hip hop and contemporary R&B blared from car speakers and boom boxes.

Khari made the move from Detroit a decade ago and is currently based in Vancouver, Canada. There, he cut his teeth with some of the best. Besides having a thriving solo career Khari is a member of the Award-winning band, The Sojourners. Khari has worked extensively with the likes of Frazey Ford (of the Be Good Tanyas), Steve Dawson and Cosmo Sheldrake (London).

Khari is currently investigating the music of the Underground Railroad, reimagining the songs that inspired people of African descent as they escaped slavery and headed north to Canada in the 1800s. Last year, supported by Canada Council for the Arts, he travelled to Nova Scotia, Southern Ontario and Detroit, tracing the footsteps of my great-great-great grandmother who escaped slavery and sought refuge in Canada. There, he spoke with elders and historians, looked through archives and began stitching together a suit of songs from this important chapter in history.

In January, Khari performed some of these songs at FREEDOM SINGER: A SPECIAL TOQUE SESSIONS CONCERT at the CBC Studios in Vancouver, accompanied by a full band and six-person choir, featuring Marcus Mosely and Will Sanders (from The Sojourners), Karina Morin, Dawn Pemberton, Juhli Conlinn and Kristie McCracken.

Lydia Hol released her new album to a packed house at The Rogue this past January! She also hosted The Acoustic Guitar Project in the Fall, a fantastic songwriter's night that really showcased our cities talent. We are excited to have her curating another songwriter's night at The Rogue, this time incorporating both some touring and local talent.

Since the release of her debut EP, Boats, in 2012, Lydia Hol has toured the country from coast to coast, filling rooms with her songs and stories. She was in the Peak Performance Project, has shared the stage with folk legends such as Dar Williams and Sylvia Tyson, and become a favorite on the CBC. Lydia’s studies in English literature, and time spent living in Ireland flavors her performances with a storyteller’s honesty and charm. Her new full length record Heading North, recorded with Frazey Ford’s producer John Raham, captures a delicate, elegant take on folk.