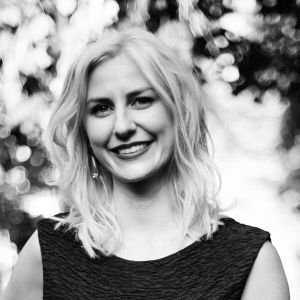 On the heels of an acclaim-filled year with bluegrass band Frank Solivan & Dirty Kitchen, the group’s bandleader and mandolinist, Frank Solivan, releases his highly anticipated solo release, Family, Friends & Heroes. This album is a labor of love and a stellar piece of work. A nod to the musical heroes inside and outside of Solivan’s family, the project features Dirty Kitchen members, some of Solivan’s own kinfolk, and several special musical guests. Vocal highlights include Roy Orbison’s “Pretty Woman,” featuring Del McCoury, John Cowan’s mighty tenor against Solivan’s lead on the John Denver classic, “Leaving On A Jet Plane,” and the moving alto of Lorene Solivan (Frank’s late mother) on “Wayfaring Stranger,” in what turned out to be her last recording.

Instrumentally, too, the album shines. Solivan’s take on “Dark Hollow,” featuring Sam Bush, was dubbed by Glide Magazine one of the album’s “standout collaborations, a beautifully unfiltered and natural rendition that captures two massively talented musicians in their natural habitat, jamming simply for the joy of it.” Enjoy a behind-the-scenes look at the new album: https://youtu.be/KDxlWu0QnKY Accompanied by his band Dirty Kitchen, Frank Solivan will be on tour in support of Family, Friends & Heroes throughout 2016. Dirty Kitchen features 2013 IBMA Banjo Player of the Year Mike Munford, guitarist Chris Luquette, and bassist Jeremy Middleton.

“In Alaska, I was raised on classical music, Disney, and Chuck Mangione’s Children of Sanchez,” says Annalisa, who began playing bluegrass decades ago.  She recently discovered rock and roll, when Black Prairie asked her to sing “The Song Remains the Same” (for Laura Veirs’ New Year’s Eve show, “Two Beers Veirs.”)  Some of the songs on The Number 8 go back 10 years, and the mysterious third instrument on there is the nyckelharpa, a Swedish harp formerly owned by Peter Buck.  He gave it to Annalisa after hearing her play.  “The sounds she coaxed from the wood and strings seemed to put her in a trance,” adds Scott McCaughey of the Minus 5.  “She even taught us how to spell it.”