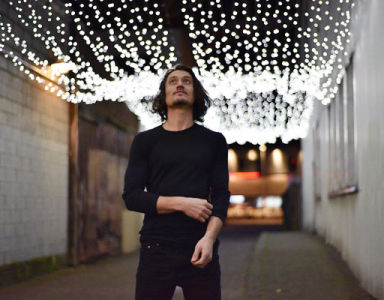 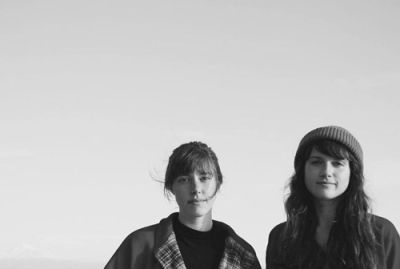 At the age of 12 David Beckingham moved with his family to Kenya where they lived, with rationed electricity and no phone line, for 2 and a half years. It was there that he discovered a love for the guitar and singing. 10 years later Beckingham and friend since elementary school, Ashleigh Ball were joined by David Vertesi to form Juno Award nominated Canadian indie group Hey Ocean!

Beckingham spent the last 10 years focusing on touring, writing and recording with the trio, and all the while his own catalogue of unreleased songs piled up. Naturally when the band decided to take a hiatus back in 2014, Beckingham focused on putting together his own album. Recording plans were delayed by a sudden and severe vocal chord injury. He faced a real danger of irreparable damage and was forced to take 2 months of complete silence and 6 months away from singing. He made a full recovery and in May 2016 Beckingham independently released his debut solo album, Just When The Light. The album is loaded with contrast between existential gratitude, and deep, personal unrest. It’s about light and shadow, and the human predisposition toward always yearning for something other than what you have.

The first single Forest touches on being dissatisfied with personal fickleness and self-contradictions. The song Places paints vivid, poetic imagery inspired by a changing city and the love that was lost in the places that are no longer there. The catchy folk-pop Montreal touches on restlessness and blaming one’s personal malaise on the grey skies of the an often unfriendly city. Sleepless City explores rumination on addiction and insomnia. The powerful single Soldier is a heartbreaking metaphor – the image of a terrified soldier who knows he will not make it through the war, the truth of a lover who knows it’s coming to an end. And Adi’s Song is about a pivotal time in the breakdown of a relationship and haunting loneliness despite having someone. All of the material on the self-produced album is original with the exception of Beckingham’s soulful treatment on the Be Good Tanyas' In Spite Of All The Damage.

Just When The Light was recorded in Vancouver at The Space, Monarch, and Vertical studios, and at Beckingham’s home. Various friends make guest appearances, including bandmate Ashleigh Ball, Hannah Walker and Jamie Elliot of Vancouver’s Twin Bandit and Beckingham’s father Paul appearing on trumpet on the last track of the album.

David Beckingham has recently come home from a tour in Europe, and will be touring Canada in the spring of 2017.

Singer/songwriters Jamie Elliott and Hannah Walker formed the Canadian roots folk duo Twin Bandit in 2013. Based in Vancouver, B.C., the two began writing songs together and playing locally, winning over audiences with their crystalline harmonies and wistful Americana sound. They eventually signed with the Nettwerk label and began recording with producer Jonathan Anderson (Said the Whale, Aidan Knight). Their debut album, For You, arrived in July 2015.