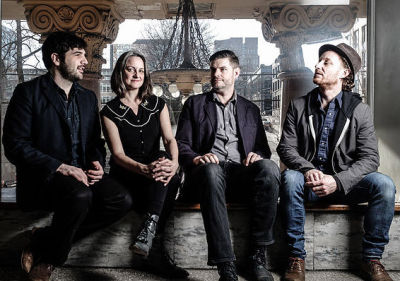 Send Email
This concert is sponsored by MOBIDDLEY. This sponsorship is in support of local artists and the Rogue Folk Club, which provides good venues to promote these artists.

“A versatile bunch of likeable and talented musicians, equally adept at concerts and workshops with an engaging manner with the audience. Judging by the feedback we received, one of the 'finds' of the festival for many people." - Mike Kirrage, Director, Gate to Southwell Folk Festival

"A warm feel; strong, mutually supportive, ensemble playing; and a likeable bunch.... They mix traditional and classic material with their own stuff to good and varied effect." -  Pete Wrench, Eden on the Line

"Comparisons to Old Crow Medicine Show are inevitable, but if tonight was anything to go by, this group proves that Vancouver could easily hold its own against North Carolina." - Steve Clements in the Brighton Source

"Viper Central brought down the house at two concerts at the 2010 San Francisco Bluegrass & Old Time Festival. Both their shows were so packed we had to turn people away at the door. They lived up to their billing. Extremely exciting music, great musicianship and singing, creativity, a fun show - what more could you ask. Everyone loved them. They made many new fans, and sold a ton of CD's. I highly recommend them for any other festivals or shows." - Ken Frankel Booking Coordinator, San Francisco Bluegrass & Old Time Festival

"The Northern Lights Bluegrass and Old Tyme Music Society was pleased to have Viper Central join our lineup for the 2009 music camp and festival. Along with their amazing talent, they brought enthusiasm and a wonderful 'down to earth' attitude. We were so pleased with the way they interacted with the students at camp. Their patience and willingness to help was appreciated by everyone, and it was apparent by the many compliments from festival-goers that their music was a smash hit! We certainly hope to see them again in the future." - Tracey Lalonde, Northern Lights Bluegrass & Old Tyme Music Society