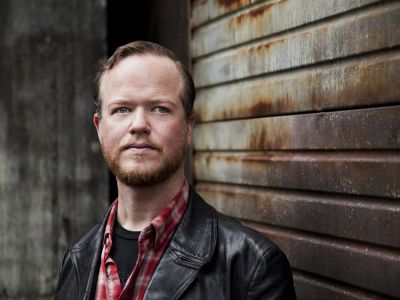 Over the past two decades, Steve Dawson has become such an indelible fixture on the Canadian musical landscape that it’s tempting to take him for granted. The music that flows out of him is so natural and authentic that it’s possible to forget all of the toil that went into producing it.

Behind the seemingly endless stream of award winning musical output (he has produced and/or played on more than 80 albums since the turn of the millennium, 7 of which have won Juno Awards), is one of the hardest working musicians this country has ever produced. Whether he’s turning heads on the concert circuit with his incendiary playing, or pulling the best possible performances out of the many artists that he works with in the studio, Dawson is always striving to take things to the next level.

A native of Vancouver, Canada, but currently residing in Nashville, where he works as a solo artist, sideman, and record producer,  Steve has forged an impressive career full of highlights and awards, including:

He sees production as an exciting step in the creative journey that a song takes from its beginning as a songwriter's idea to a final recorded product. The producer has to understand the music and be able to know what will open possibilities in it. Being a musician is not essential, but it helps, and Dawson brings enviable chops to his work. He also owns a vast collection of unusual instruments, many of which he plays on the recordings he helps to craft – modern electric instruments find themselves blended in with weissenborns, marxophones, pedal steel, pump organs and other odd antique instruments.

Steve's studio, The Henhouse, located in Nashville (and previously in Vancouver)  has hosted countless artists and been the home to over 80 releases. With a beautifully warm and organic setting to stay and record, it promises to become a destination for many more to come.

Between producing projects for other artists, Steve has recorded music of his own that has explored blues, jazz, Hawaiian, rock, and experimental music. Starting with 2001’s award-winning acoustic “Bug Parade”, he next explored blues and Hawaiian influences in depth with “We Belong To The Gold Coast” in 2005. 2008 saw the release of 2 albums – “Telescope” which was the culmination of studies with Greg Leisz and featured music written for the pedal steel guitar, and “Waiting For The Lights To Come Up”, a collection of new songs. He followed that with 2011's acclaimed "Nightshade", which Acoustic Guitar magazine named to it’s Top-10 guitar albums of the year. 2014’s “Rattlesnake Cage” – was an award-winning exploration of solo acoustic and slide guitar. Dawson’s latest release, 2016’s “Solid States and Loose Ends” is a mesmerizing collection of new, original songs played with a band made up of some of the finest players from Canada and Nashville. Critically-acclaimed, it has been hailed as Dawson’s finest work to date and has earned glowing reviews from all over the world.