The John Jorgenson Quintet, Deanna Knight and The Hot Club Of Mars 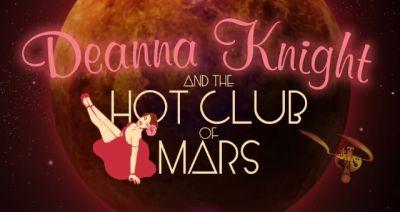 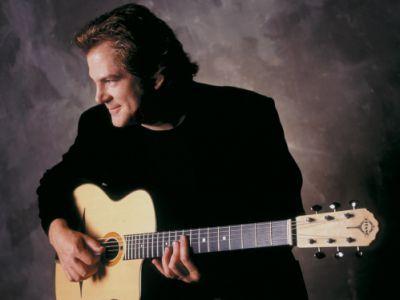 "The musicianship is simply amazing. Jorgenson, who recorded the first Gypsy-jazz album ever released by an American guitarist (1985's amazing LP After You've Gone), has become not just America's finest proponent of this exceptionally demanding flatpicking guitar style, but one of the world's truly great artists in the Gypsy-jazz genre. Again and again, he executes seemingly impossible licks and runs not just without a flaw, but with the passion and grace only the most talented and devoted musicians ever achieve." — Dave McCarty, Flatpicking Guitar Magazine

The John Jorgenson Quintet features guitarist John Jorgenson, a founding member of the Desert Rose Band, the Hellecasters, and six- year member of Elton John's band. Artists ranging from Barbra Streisand to Bonnie Raitt to Earl Scruggs have sought out Jorgenson's guitar work. Recently, John was chosen to portray Django Reinhardt in the feature film Head in the Clouds. Audiences are amazed by John's dazzling guitar work as well as his mastery as a clarinet player and vocalist. Whether playing his own accessible compositions or classic standards, John and his band make music that is equally romantic and ecstatic, played with virtuosity and soul. He is known as one of the pioneers of the American gypsy jazz movement, and has performed as a solo artist as well as collaborated with other musicians all over the world. His articles and lessons on gypsy jazz have appeared in prominent guitar magazines and he has given master classes around the USA, and he has performed with some of the most respected European proponents of this style, Bireli Lagrene and Romane. His playing has been included on a CD with Babik Reinhardt and Jimmy Rosenberg, and on another featuring Angelo Debarre and Moreno. In 1988 Curb Records released Jorgenson's After You've Gone CD, a collection of Reinhardt- and Goodman-styled 30's swing, featuring guest artists Darol Anger and David Grisman.

Growing up in Southern California, John was playing both the piano and the clarinet by age 8. At 12 he got his first guitar and practiced voraciously while continuing to study classical music on woodwinds. By age 14, John was playing professionally. Learning first to play rock guitar, John absorbed other guitar styles as quickly as he discovered them. This broad musical palette has enabled him to play with artists as diverse as Elton John, Luciano Pavarotti, Bonnie Raitt, and Benny Goodman. He is an "A-List" session player working in LA, Nashville and London and has appeared on numerous platinum-selling and Grammy-winning CDs. John first came to national prominence in the mid 1980's with The Desert Rose Band, which he co-founded with Chris Hillman. The band earned five #1 singles and garnered several awards. During this time, John won the ACM's Guitarist of the Year award three consecutive times. Following the Desert Rose Band, John formed another award-winning group, the virtuosic guitar trio The Hellecasters. Originally conceived as a "one off" gig for fun, the group went on to produce three acclaimed CDs and a live video, winning both "Album of the Year" and "Country Album of the Year" from the readers of Guitar Player Magazine for the stunning debut effort Return of the Hellecasters, released in 1993. In 1994 Elton John called and invited John on an 18-month world tour. The 18 months stretched into a six-year period that included not only sold out world tours, but also recordings, television appearances, and collaborations with many other artists including Sting and Billy Joel. In addition to acoustic and electric guitars, John was also featured on saxophone, pedal steel, mandolin and vocals.

Although well-renowned in the pop, country and rock world, gypsy jazz is the style of music closest to his heart. Because of his international reputation as a gypsy jazz player, John was twice asked to recreate Django Reinhardt's music for feature films, Gattica and Head in The Clouds. The latter, released in early 2005 and starring Charlize Theron and Penelope Cruz, features John on camera as Django Reinhardt, complete with burned hand and gypsy moustache. 2004 also marked the release of Franco-American Swing on J2/FGM Records. As Jorgenson's latest creative work, the CD is full of infectious gypsy jazz music. The Nashville Chamber Orchestra joins John in this collection of original compositions and gypsy jazz classics, pushing the boundaries as it adds to the tonal palette of traditional gypsy jazz. Beautiful melodies and soulful virtuosity abound for listeners treated to John Jorgenson's dazzling fretwork and sizzling clarinet playing. Additionally, John released two gypsy jazz guitar instruction books and DVDs, and a third instruction book is due to come out later this year.

Vancouver's Hot Club of Mars has been swinging for a few spins around the sun (a dozen earth years or so), though things have been really heating up with the addition of chanteuse Deanna Knight. Adding a magic sparkle to the sound "D" writes tunes with as much pizzazz as when she delivers them! This high-energy acoustic 7-piece inspires toe tapping and dancing to some fabulous old Gypsy jazz tunes of the 20's, 30's and 40's. Bassist Charlie Knowles "kicks the cat" with finesse while guitarist Steve "Bugzy" Szabo keeps the rhythms chugging. Martian Ambassador Michael Dunn and jazz veteran Don Kellett on lead guitars spin their sweet Djangoesque lines, and resident windgod Mark Dowding keeps those Martian desert winds blowing hot, while violinist Tom Neville channels the spirit of Django's brilliant colleague, the late, great Stephane Grappelli.