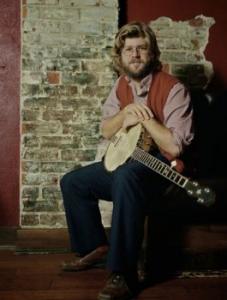 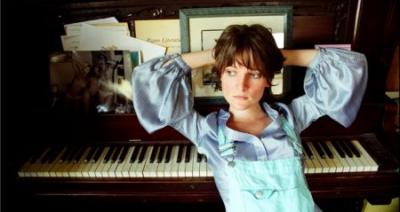 Old Man Luedecke's new CD "My Hands Are On Fire & Other Love Songs" and Devon Sproule's "Don't Hurry For Heaven" are both being released on Steve Dawson's Black Hen Records (Vancouver) this month.

One man alone on stage with his banjo. A driving rhythm punctuated by the stomping of his boots on a wooden floor. Old Man Luedecke's name and choice of instrument may suggest a world gone by, but the lyrics and melodies that he creates are contemporary. Yet if you listen carefully, somewhere inside the propulsive grooves, you can still hear the unbroken line that connects Luedecke's music to the bygone world of Bascom Lunsford, Ralph Stanley and Pete Seeger. It's a sound that's clearly winning Luedecke more fans. His recent, 'Proof of Love' won the Juno award for the best roots album of 2009, and hot on the tail of that release he returned to the studio with Steve Dawson once again assuming production duties. Over the course of three days, the pair - aided and abetted by Keith Lowe (Fiona Apple, Bill Frisell) on bass, John Raham (Be Good Tanyas, Po' Girl) on drums, and Grammy award-winning bluegrass legend, Tim O'Brien (Hot Rize, Steve Earle) on fiddle mandolin and vocals laid down the tracks for the eleven new songs that make up 'My Hands are on Fire and other Love Songs.' The results sing for themselves, and the chemistry of the musicians soars and crackles on every tune.

Chris "Old Man" Luedecke, is one of Canada's best loved and most intriguing roots singer-songwriters. "An original, he is a musical singularity to be savoured and shared", says the Vancouver Folk Festival. His memorable melodies, poetic sense and easy charisma appeal to anyone searching for new growth from old roots. He was born in Toronto but has made his home for years in the music rich maritime province of Nova Scotia. There his music has been wholeheartedly adopted and is becoming representative for its traditional storytelling folk elements. It speaks to a new generation of people craving such meaning in their music.

Devon Sproule's music shares elements of folk, country, and jazz, delivered in an affecting, personal style. "Vintage country... with jazzy sophistication... beautifully sparse arrangements and melodies that surprise the ear when you first hear them, but which then get under your skin much more than anything more obvious would." — BBC

"I asked God for a good job. He put me on a plane. All of the people that I love, the people that I'm from, are far away." So begins ¡Don't Hurry for Heaven!, the new record from Virginia's Devon Sproule. Perhaps a hint of homesickness is understandable. Not only did Ms. Sproule spend much of the last two years touring abroad, her new album – produced by husband Paul Curreri and featuring the pedal steel playing of the legendary BJ Cole – was recorded, for the most part, in England.

"Last year was a good one," Sproule says, "and full of adventures. I drove myself all the way from Scotland on the left side of the road for a radio show. I learned the intro to "Johnny B. Goode" before 8am in a Spanish hotel. I even smoked a J with Lucinda Williams and kept my cool."

"Musically," she continues, "after a whole summer of festivals in the UK, my band was feeling great. Everything was. It wasn't even raining that much! It would've been a shame not to capture something from that time, to let that phase of our playing evaporate into the next. So we booked this studio out in the country."

Conveniently, Sproule's husband, the formidable guitarist, songwriter and burgeoning producer Paul Curreri, was about to cross the pond for his own European tour. Curreri flew over three days early and under his direction, the group tracked eight songs at Far Heath Studios in Northamptonshire. "They had donkeys and ducks and everything -- just like home!" laughs Curreri. "As for Dev's band, they were tight when I got there. I never had to say, 'Hey mister drummer, could you put a bit more ruffle in that rumba? Cool, daddio.' Instead, it was just, 'Great... Let's have a beer and try one a little slower, a little lazier.'" From there, Curreri brought the tracks back to the couple's home studio in Virginia. A few weeks later, ¡Don't Hurry for Heaven! was complete.

Continuing in the tradition of her previous works, ¡Don't Hurry for Heaven! sports a variety of sonic influences: the title track – a tipsy, twangy, spousal nudge – wears a cowboy boot on one foot, and another on its head. The great Jesse Winchester, a fellow Southerner (and hero of Sproule's), makes a cameo on the uber-groovy "Ain't That the Way." Sproule and Curreri even duet on a left-field, desert-bluesy version of Black Uhuru's "Sponji Reggae." At the record's thematic heart is a young woman longing for the daily hiccups of a balanced home ("On a drive, nowhere going, / Gravel popping, tape deck whirring, / Happy couple talk a back road, / Face a thistle with a backhoe"), even while lifelong dreams are quite literally coming true around her. The songs are about her friends, family, herself, her husband - or at least versions of them seen through the lens of geographical distance. But these character sketches ring bona fide; these people seem familiar. "I had a river growing up. I had a pond. / I had barely a secret. And now I have none." Sproule roots for the home team, and she's telling everybody.

Devon Sproule returns to Canada, the country of her birth, to launch her CD on Steve Dawson's Black Hen Music.