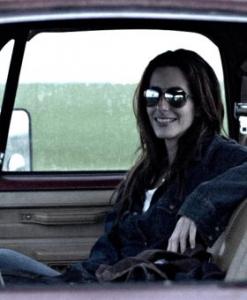 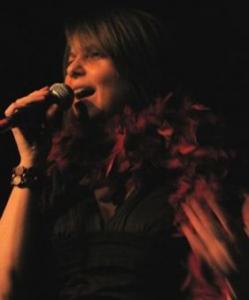 Don't miss this evening with two remarkable songwriters. We think it will be stunning! Come and find out for yourselves...

"If you like your artists to possess grit and strong albeit traditional sounding songs, then Romi Mayes has got everything you need right here. Excellent stuff!" — Americana UK

From the centre of Canada, deep in the prairies, comes an unstoppable force that is becoming a household name across the globe: Romi Mayes. Suitably pronounced "Raw Me", Mayes is a straight shooter with heart on your sleeve lyrics, edgy innuendo, and some serious bad ass guitar playing. She writes about sex, drugs, love, and the road. She can be soft and sweet or just down right dirty.

Her latest release "Achin In Yer Bones" is another testament to exactly that. With no filters and no shame, she unravels herself layer by layer baring her being to her listeners from song to song. But honesty is only part of the charm, not the main talent here. Having won a WCMA Songwriter Of The Year award for her previous album "Sweet Somethin Steady" one can really hear where her true gift rests. On her new album, Mayes' effortless, matter-of-fact lyrical style weaves poetically around fantastic production, credited to renowned producer Gurf Morlix (Lucinda Williams, Mary Gauthier) who also worked with her on acclaimed album "Sweet Somethin Steady" in 2006 which also won a WCMA award and a Whiskey Award for Album Of The Year. It is no wonder a producer like Morlix would come up to Canada in the cold of winter from his home base in Texas to work with Mayes again. "Romi's writing on this new album is better than ever," says Morlix. "She's got the flint and she's got the steel - everything she needs to take her anywhere she wants to go."

"Bonnie's thoughtful, self-penned creations blend contemporary and soul music, delivered in a voice possessing the anguish of Annie Lennox, the passion of Chrissie Hynde, and the tender innocence of Janis Ian" (Georgia Straight)

Raised in a musical family in Gaspe, Quebec, Bonnie Ste-Croix began writing at a very young age. Her voice captured audiences from the time she was six years old. Today, a contemporary storyteller gifted with the ability to see past the surface, her songwriting relies on reaching deep into the human experience with empathy, intuition and spirituality. Her voice is rich, unique and captivating, a real signature talent. Her fusion of Pop, Soul/R&B, Jazz and injections of Folk or Blues at her will--- is hers alone. With Matthew Perry as her number one fan, she is well on her way!

"I met Bonnie Ste-Croix when I attended the Music West Conference in Vancouver as a speaker and a panelist. By far the most promising talent I heard that day was Bonnie Ste-Croix and the feedback from the other panelists confirmed that my opinion was shared by the others. ... I consider myself a fan." - Will Ackerman, CEO Imaginary Road Records, Founder of Windham Hill Records