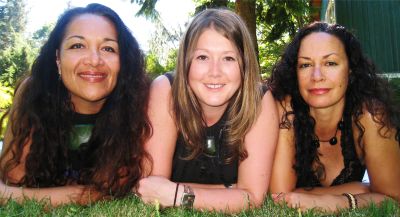 Pacific Curls never set out to be a trio. Four years ago when they found themselves in an Auckland studio, recording a Celtic/Maori/Pacific fusion album with two others, they had little idea that after two European tours, untold Australian, several New Zealand and a knock out Canadian Festival run, they would be the last three standing!

Hailed as a "... standout act..." by The Wellington Dominion Post, and recognised for their "impressive resume of performance experience and musical talent..." (Waikato Times), they are artists who best embody the notion of music and culture transcending boundaries till the seams are invisible.