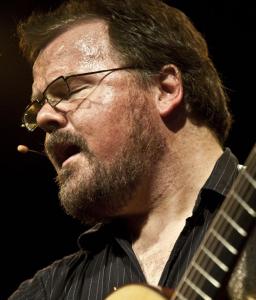 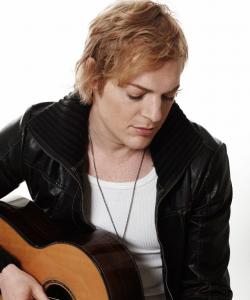 This will be Don's 22nd appearance at The Rogue since 1990. It's been an incredible journey dow the years with Don! He's performed solo - introducing us to his "Heavy Wood" style of percussive fretwork - and in tandem with some other incredible guitarists and bass players - including Michael Manring, Andy McKee, Brooke Miller, Jordan O'Connor, Don Alder, Michael Friedman - and also with International Guitar Night and Men Of Steel. He's also introduced us to the 7 string guitar, the guitar with radiated frets, and the skeleton guitar! Don is a true guitar innovator, and a prolific composer. He's the only two time US Fingerstyle Guitar Champion, and has released dozens of CDs, DVDs, and instructional videos and books. He has a brand new CD, Breakfast For Dogs (Candyrat Records) coming out on November 16th, to follow his first all-vocal CD, Any Colour, which was released at the end of last year.

This year, Don has been touring with young Swedish guitar wizard, Jimmy Wahlsteen. You can see them playing on the street near Don's home in Halifax NS on the You Tube links. Jimmy Wahlsteen made his name being one of Sweden's most busy session guitarists with numerous TV shows and international tours on his resumé. His debut instrumental solo album is 181st songs (on Candyrat records). It is a pop inspired multitracked album with the acoustic guitar in focus. Jimmy uses innovative open tunings and percussive techniques. He is based in Stockholm.