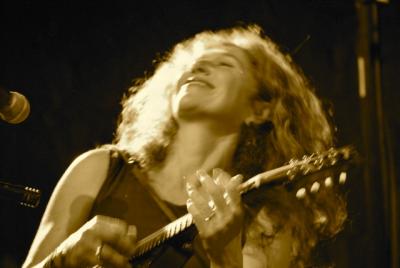 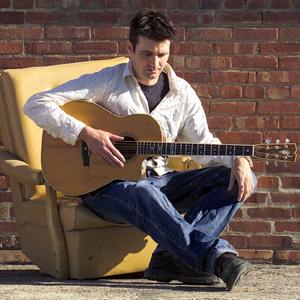 The first thing that strikes me is the beauty and clarity of Lauren's voice. It's like discovering some new instrument that combines qualities of fiddle and clarinet, fresh but with deep roots, accompanied by some pretty impressive guitar work. Lauren's music is rich with ingredients that nourish the human spirit. – Phil Wiggins, of Cephas and Wiggins

Portland's Lauren Sheehan is an evocative 'songster', an interpreter of a wide range of music rooted in American heritage. She is a shape shifter, in one song making the willow weep and in another making the werewolf howl. She is known for her distinctive singing, which slides through old lyrics like clear water down a smooth creek bed. Her performances are memorable for her masterfully paced emotional turns and the breadth of her authentic material; from unaccompanied ballads, to boozy Memphis blues, to old time banjo tunes, to old country songs, children's music, dance tunes and modern folk. She knows how to pick a song with 'good bones' and make those bones dance, She is a true entertainer, weaving the stories and history of the music into her performance and connecting with her audience on a personal level. (Gray Eubank, Director, Portland Christmas Revels).

Lauren grew up in New England where she studied classical guitar as a child and became infected by the spirit of fiddle music at contra dances. She wrote her thesis on American folk music at Reed College before spending a number of years playing in small ensembles while founding, administering, and teaching in independent schools. During this time, she toured in New England, Ireland and the Pacific Northwest. She retired from teaching in 2003 and dedicated herself to full-time performing and recording. Her first CD, Some Old Lonesome Day, was #14 on the folk dj charts for the year, and the second CD, Two Wings, went immediately to #1 and was an Independent Music Award nomination for album of the year. Now she has a new album, Rose City Rambles, and will make her Rogue debut this night in a double bill with one of Canada's finest guitar pickers.

Award-winning guitarist Joel Fafard performs Southern roots and blues classics with the soul of a purist and the showmanship of a seasoned entertainer. He sings with the sexy, sandpapered-sounding vocal style of the new-generation bluesman. He tells his hilarious between-song stories with the confidence of a late show host delivering his monologue. And when he lets rip a solo on his resonator guitar, it's easy to hear how he once earned both a Juno nomination and a Western Canadian Music Award for his skills on the axe. With his latest album, Cluck Old Hen, and with its accompanying brand new live show, Fafard is using his uncommon skill as an entertainer to embark on a new musical mission: breathing new life into grand old numbers like "Can't be Satisfied," "Spoonful," "Come on in my Kitchen," and "Angeline and the Baker." His performances are as authentic as those of a Beale Street busker but infused with a touch of contemporary urban attitude. And his live show is pure polish and professionalism.

Fafard has been playing old Southern classics for years as part of his live set. His love for them can be traced back to his youth in Saskatchewan and his time spent at Georgia Fats, a Regina biker bar that was a destination for musicians from the Chicago blues scene. Canadians like Amos Garrett and Sue Foley also passed through the joint, as did Delta bluesmen like Charlie Musselwhite. Until recently though, Fafard's covers of Southern gems served as mere vocal interludes in his live sets of award-winning guitar instrumentals.

A gifted slide-fingerstyle player, Fafard earned a Western Canadian Music Award for Outstanding Instrumental Album for his 2006 collection …and another thing… He was also nominated for both a Juno and a Canadian Folk Music Award. The album's follow-up, Three Hens Escape Oblivion, received a second CFMA nod and was a runner-up for an International Acoustic Music Award. Meanwhile, Fafard's music was featured in the TV shows Alice I Think and Road Trip Nation, his compositions were included on several well-respected guitar compilations, and he co-scored the Middle of Somewhere TV series with Jason Plumb. In 2008, he was commissioned by The Globe Theatre in Regina to write a one-man show of tunes with tales.

As he closes in on 20 years as a professional musician, Joel Fafard has traveled down several distinct paths: folk singer-songwriter, roots rocker, acoustic instrumentalist and now interpreter of Southern roots and blues. But regardless of which direction he goes in, his fans seem happy to follow, because Fafard has a few key attributes that remain constant. First, he is one of Canada's most tasteful acoustic guitarists and one of the funniest and most personable entertainers on the circuit today. He is also an artist so brimming with authenticity that he's not afraid to play exactly the style of music that feels most real to him in the moment.