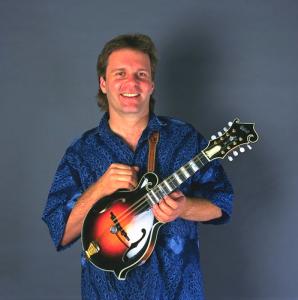 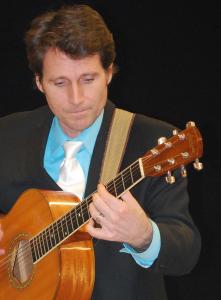 The former Iron Curtain's loss was the United States' musical gain when Radim Zenkl defected in 1989. The young Czechoslovakian has since settled in the Bay Area of California. In a few short years he has made a name for himself becoming the U. S. National Mandolin Champion and one of the world's premier mandolin virtuosos.

Radim's performance offers his original music which crosses the tracks of string jazz, new age, bluegrass, flamenco, gypsy, Irish, middle Eastern and classical music, combined with Czech and Eastern European traditional songs and instrumentals. Besides the standard mandolin Radim uses many instruments of the mandolin family such as mandola, Irish bouzouki and also pennywhistle, didgeridoo and a cow horn to name a few. Radim has extended the technical possibilities of the mandolin by inventing new styles of playing which sometimes allow him to sound like two instruments simultaneously.

Radim has released eight CDs, the latest one, Troubadour Tour features Radim primarily on the tin whistle and low whistle. He played at the Vancouver Folk Music Festival in 1994 and is a frequent instructor at the BC Swing Camp and BC Bluegrass Camp held in Sorrento.

Radim will share the evening with Craig McGregor. Craig has been playing guitar for forty years, which means he started playing before he could count to forty. Though he started his career as a pop musician, for the past two decades he's been playing various styles of roots music including Swing and Celtic and is often in demand as an accompanist for many fiddlers. In 2009 along with fiddler Roxanna Sabir, Craig released an album of instrumental music in Canada and Europe entitled Mad Tradition. He has performed at the Vancouver Celtic Festival, Vancouver Island Music Fest and Vancouver Folk Festival as well as other festivals in BC and Washington. Craig toured with the Sabir Sisters, Great Northern and the Tiller's Folly, among others, and has tought several times at the British Columbia Swing Camp and British Columbia Bluegrass Workshop.