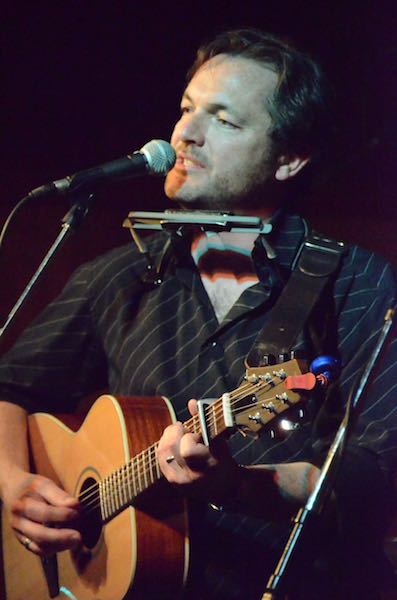 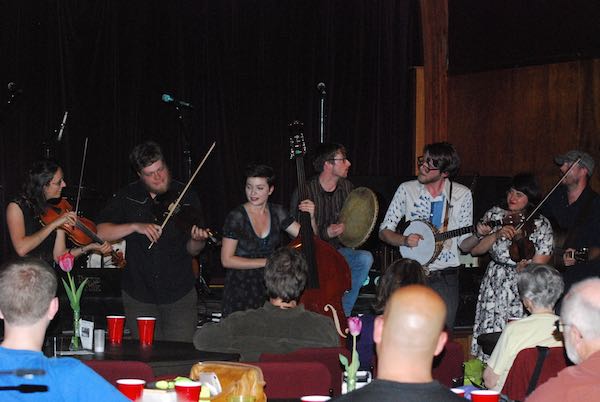 In 2013 we presented a double-bill of BC alt-folk band Fish & Bird and American fiddler / songwriter Laura Cortese and her band at St. James. The above photo came from the finale, when both bands unplugged and sang together in front of the stage.

Take a look at the June 1995 issue of the Rogue Folk Review, and you will see that we presented renowned Scottish folk singer Dick Gaughan on his first North American tour since 1983. This was actually his second Rogue gig, but that time he just played 3 Canadian dates in the Summer of 1992 - with our gig also taking place at the Wise Hall.

In June 1991 we presented the remarkable African singer songwriter Tony Bird (Malawi), with Vancouver's own African emigres Marang Talking Drums, at the Wise Hall. See the June 1991 issue for our double-feature on African music that month - scroll down to Page 4 for the details of this concert.

On June 2nd 1990 we had an evening of string wizardry at the Wise Hall with Vancouver's alt-folk pioneers Nyetz and the brilliant Brazilian Celso Machado! See page 2 of The Review for details.

In 1987 Nova Scotia's Jarvis Benoit Quartet continued their three-night stand at The Savoy. See our fledgling, two-sided newsletter from June 1987 for a bit more info.