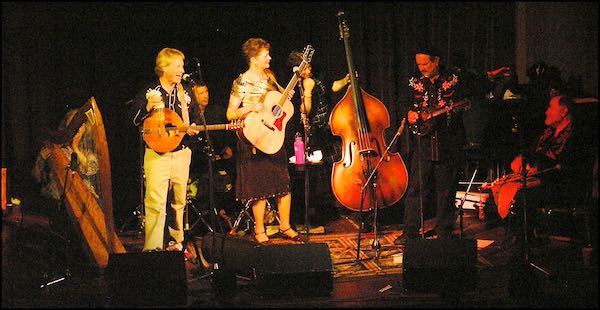 On this day in 2010 we presented the Bay Area septet Wake The Dead - one of my
favourite bands. They combine songs by The Grateful Dead with Celtic instrumentals - an
absolutely brilliant and inspired combination! Talk about sublime vocals, brilliant arrangements
and exemplary musicianship! This band is so good that - after many abortive attempts to bring
them back to town due to the seven musicians' various other commitments and the lack of any
other possible gigs in Washington or BC - Margaret and I flew down to San Francisco a few
years back to watch their renowned Dia de Los Muertos / Halloween show at Berkeley's
Freight & Salvage  Yes, I think they are THAT special!! 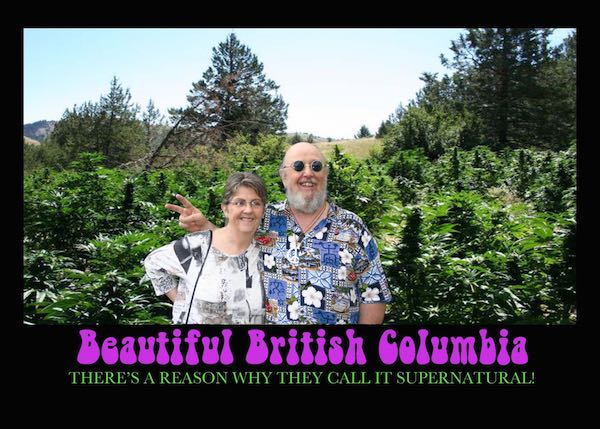 Anyhow in 2010 we filled St. James Hall, and the show was superb! The most devoted
deadheads arrived a bit late, so the balcony was full of great singers, forming a sort of Minstrels
Gallery Chorus on songs like Ripple. So beautiful. There was also a special visit from a Hippie
Camper Van photographer from The Kootenays, affording us the opportunity to have our photos
taken with a variety of wacky backgrounds from the 60s, man!