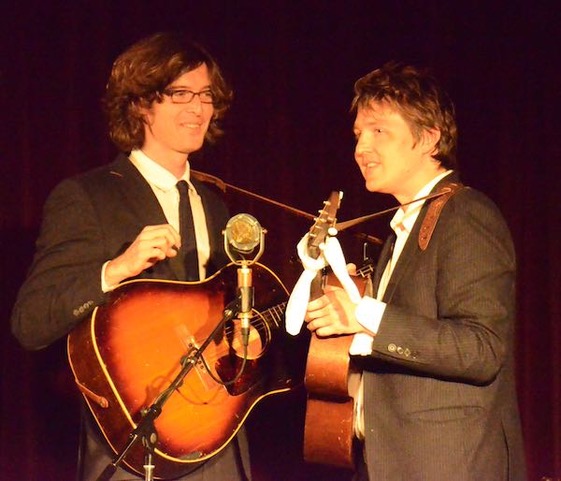 On this day in 2014 we brought American duo The Milk Carton Kids to St. James
Hall for a two-night stand. Such beautiful harmonies, and excellent guitar picking too.
However, the gigs were most memorable for the forgettable opening act (I'd forgotten his
name. I now see it was Tom Brosseau, and the massive tour bus parked out front,
whose generator was louder than the band; throughout both evenings! We tried to ask them
to play and sing louder in the second half, cos some of the audience were complaining
that they couldn't hear the words. One of the Kids remarked "they should pay more f...g
attention!" Anyhow both shows were sold out and can only really be termed "successful",
I guess. Here's that tour bus ... 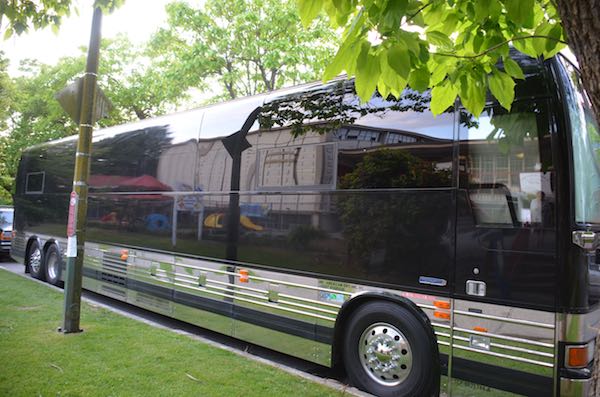 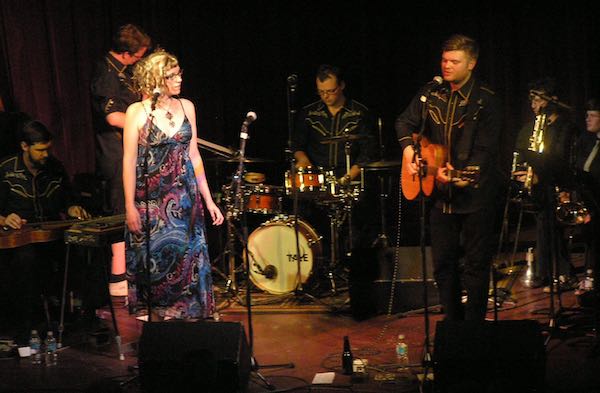 Vancouver singer songwriter Corbin Murdoch and his band The Nautical Miles launched
the CD Wartime Lovesongs on June 12th 2009 at St. James. A local brass quartet opened
the show and later joined his band on stage. The middle set of the night came from the
remarkable singer Leah Abramson (below) and her band The Abramson Singers. 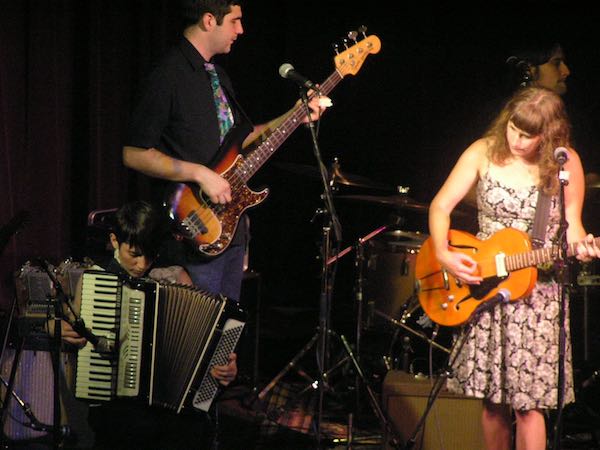 In 1994 our second show at the Maritime Labour Centre that weekend featured the New
Orleans jazz outfit The Dirty Dozen Brass Band. See page 4 of our
June 1994 Rogue Folk Review for details. While perhaps not as spectacular as their
Rogue debut in January 1991  this was a stunning show. Their 4th in 4 years at The Rogue.
Sadly we seem to have lost touch with them after this. They are still very active on the jazz
scene though. I'd love to see them again some time!

Way back in 1988, the Sunday Umbrella Band hosted a Celtic session at Isadora's Restaurant
on Granville Island. I was away in England attending my Dad's funeral that week, so you'll have to
refer to the listing on page 2 of our June 1988 Review for info.