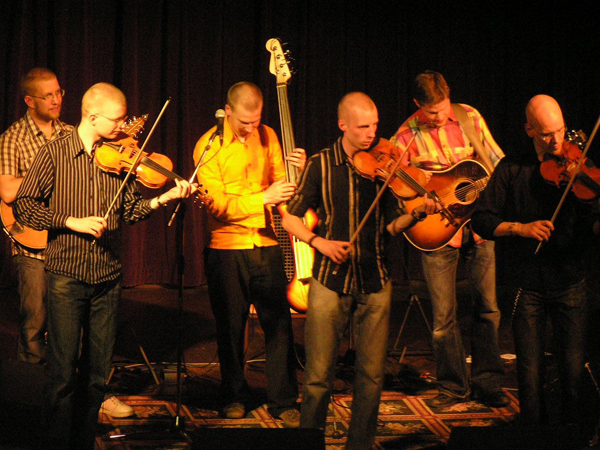 On this day in 2007 we presented the young, six (or was it seven) piece Finnish string band
Frigg at St. James. Read all about the gig here. 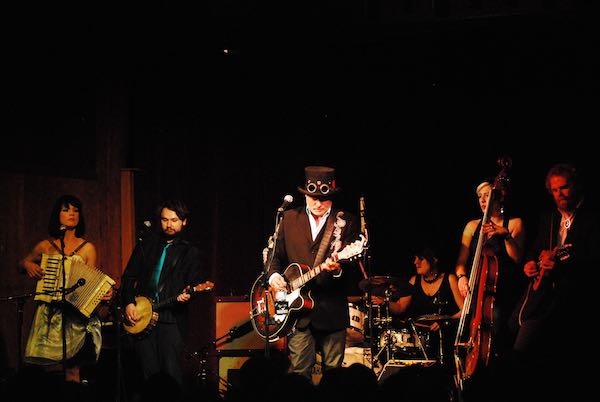 Five years later, Fred Eaglesmith brought a new band to St. James for another fabulous show!
(Nice hat!!) Here's what we said about the man that day in 2012. There was a tragic footnote
to this night. After the show, Matty Simpson, the banjo player above, met up with an old friend
he hadn't seen in years. That friend was killed in a road accident a few hours later. On a
brighter note, Mike Zinger (shown on the right) came back to town after a few years away.
He'd long been a stalwart member of the bluegrass club here, and he'd even helped us out with
our bar a few times. It was a great band, with Tiff Ginn (left) and Kori Heppner - a former
CFOX traffic reporter (drums) and another Vancouverite, Justine Fischer (bass) making her
debut in the band. 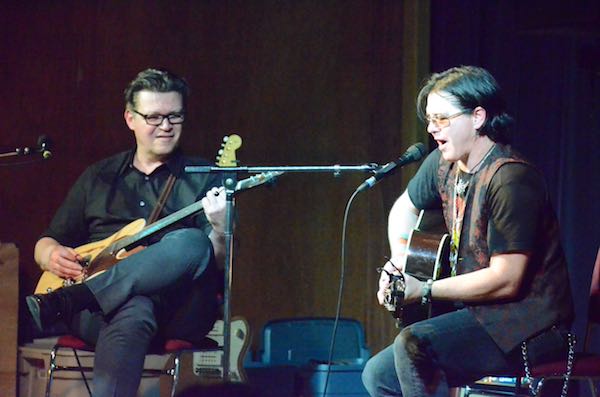 Zoom forward another five years and we find American soul / gospel singer Mike Farris making
his local debut, in a duo with Paul Pigat at St. James. What a show they put on that night! 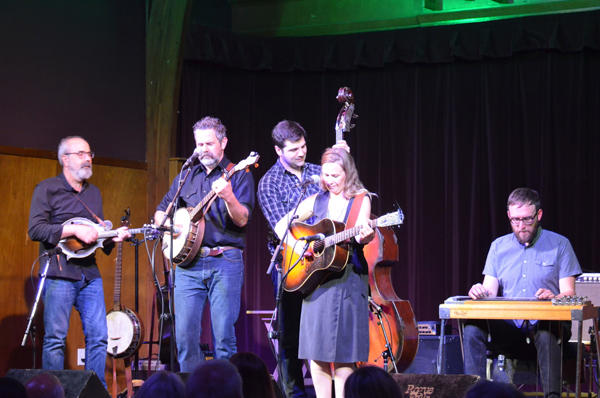