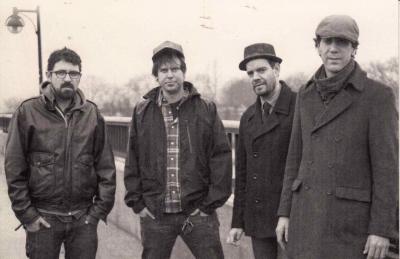 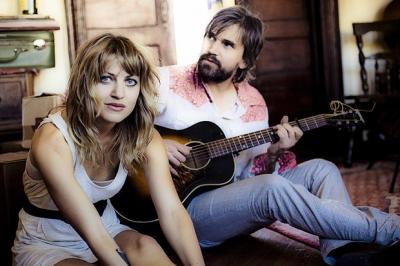 New Country Rehab cuts through the clutter of watered-down musical imitations with a modern, high-voltage, alt-country sound. Combining sharp innovation and a deep respect and knowledge of timeless musical themes and motifs, New Country Rehab's powerful music is full of love, loss, longing and joy. They are more Arcade Fire than Lady Antebellum... like Canada's answer to the Avett Brothers and Mumford and Sons. - Nigel Williamson, UNCUT (Jan. 2012)

Spearheaded by lead singer and fiddle player John Showman joined by Champagne James Robertson on guitar, Ben Whiteley on double bass and Roman Tome on drums and backing vocals, the Toronto based collective is poised to be the next big thing in Canadian music (Tom Power, CBC Radio). Growing audiences in Canada, the U.S. And Europe are responding to New Country Rehab's infectious love and enthusiasm for the music they are playing. The band make it super accessible, not only to fans of roots/folk/country, but even to the broader, less country inclined audience (Josef Jensen, Indie Artist Podcast).

They will have a new CD out for this tour, and they were absolutely amazing at The Rogue last March - and again at Island Musicfest and Edmonton Folk Festival last summer.

Anais Mitchell is an American songwriter with a difference. Not content with writing songs of her own experiences, last year she created a masterpiece of an album, Young Man In America. It's a concept album beyond its time. Perhaps the most remarkable thing we can say about it is that English magazine fRoots - which displays a consistent distaste for American songwriters - rated the album so good that Anais was featured on the cover of their October 2012 issue. That made us sit up and take notice.

When she comes to town she will be joined by guitarist Jefferson Hamer - last seen here with hot American singer / fiddler Laura Cortese a couple of years ago. They have just completed an album of The Child Ballads (for the uninitiated, these are not kids' songs, they are the ancient story songs of Scotland, England and Appalachia).