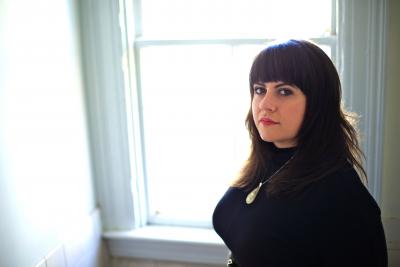 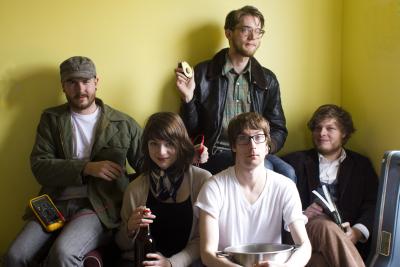 Ambition often follows talent, and Laura Cortese has an embarrassment of both. Her open-armed approach to her art reveals a determination to spread the word about folk music without watering down its distinctiveness. John Wenzel, Denver Post

Brilliant fiddler and singer / songwriter Laura Cortese is known for her velvety vocals, endless creative energy, and highly visible work as a supporting musician, The San Francisco-born, Boston-based performer has embraced the constant travel of the modern troubadour. In fact, she maintains, it is the people she meets who are her greatest inspiration, including her newest songs. Written in an almost confessional style, Cortese's latest work explores the timeless vulnerability and hope of people in adverse situations. Her own lyrics may say it best: In the dark I would sing a song whispered low... singing for the people in the shadows.

At home in any number of styles, Cortese has travelled the world as a solo artist and as a supporting musician (on fiddle, vocals, and bass) including appearances with Rose Cousins, The Low Anthem, Uncle Earl, Tao Rodriguez Seeger, Band of Horses, and - as part of Pete Seeger's 90th birthday celebration at Madison Square Garden - Patterson Hood and Michael Franti. The variety of textures, styles, and approaches reflect Cortese's own rich musical background. Raised in the trad hotbed of the San Francisco Bay area, Cortese was introduced to music early on, via school orchestras and musicals. That interest was subsequently expanded at the fiddle camps and festivals she attended as a teenager, where she developed a keen understanding of and aptitude for various traditional fiddle strains. She attended the Berklee College of Music - where her classmates included Carrie Rodriguez, Casey Driessen, and April Verch. This further fuelled her collaborative instincts and modern sensibilities. Cortese self-released two acclaimed solo albums (2004's traditionally-minded Hush and the more personal Even the Lost Creek in 2006) and has just released Into The Dark, following 3 EPs in the intervening years. Her showmanship, charm and virtuosic technique have made her a favourite among musicians and music lovers alike, at home in New England as well as overseas in the UK, Ireland and Denmark.

Somewhere between the fjords of Norway and the mountains of the Blue Ridge, the fiddle playing of Mariel Vandersteel intones strains of elevation, clarity and tremendous feeling on both traditional violin and the Norwegian Hardingfele (or Hardanger fiddle). Laura's trio is completed by the wonderful cellist Valerie Thompson.

They will share the bill with B.C. folk / roots powerhouse quintet Fish & Bird, who made a memorable Rogue debut last Fall. Led by fiddler Adam Iredale-Gray and Taylor Ashton (banjo), the band also features Ben Kelly (drums), Ryan Boeur (bass) and Valerie Bohrn (bass). They released their 3rd CD, Every Whisper Is A Shout Across The Void in 2011. The two bands will get together for a few tunes as well.