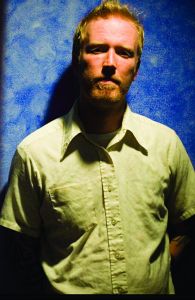 Winnipeggers Brandy Zdan (formerly of duo Twilight Hotel) & Scott Nolan join forces for this night of roots music. Both seasoned multi-instrumentalists, the two will share the bill as well as collaborate on each others songs.

Emerging for the first time as a solo artist in 2013, Zdan is anything but a rookie. In 2003 Zdan co-founded Twilight Hotel with Dave Quanbury and together they recorded 2 JUNO-nominated albums - 2008's Highway Prayer and 2010's When the Wolves Go Blind - forging a sound that critics likened to "old leather, worn and soft" and earned them the handle "rulers of their own genre". In 2011, Zdan was recruited as a triple-threat side woman by Austin-based female super-group The Trishas for her six string, lap steel, and accordion skills which recently earned her a Musician of the Year nomination at the Lone Star Music Awards in Texas. In 2013, Zdan released her first solo effort, Lone Hunter. "A one woman tour de force" - Lone Star Magazine. She now makes her home in Nashville, TN.

Just back from a Hayes Carll (Austin, TX) tour of TX & TN and gearing up to record his 6th studio record, 2014 is poised to be quite the year for Scott Nolan. Weaving seamlessly between the twang of parlor electric guitar and heavy-hearted dirges, Nolan's body of work offers an interchange of heady balladry as well as more muscular outflow. Nolan recently participated in Folsom Prison's Arts in Corrections program, also the subject of a feature length documentary.