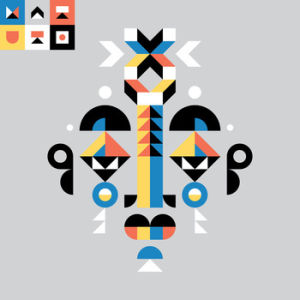 Matuto’s songs can sway hips just as easily as spark insights. Drawing on Northeastern Brazil’s folkloric rhythms like forró, maracatu, or coco, and on deep Americana — from bluegrass to spirituals to swampy Louisiana jams — Matuto uses unexpected Pan-American sonic sympathies to craft appealing, rootsy, yet philosophical tales of love, self-discovery, nostalgia, and true peace. What wide-ranging Americana and jazz guitarist Clay Ross and accordionist Rob Curto, one of the movers behind New York’s Forró For All (when not touring with folks like Lila Downs and David Krakauer) began as a curious exploration of their shared musical loves, Matuto (a Northeastern Brazilian slang term for “bumpkin”) has blossomed into a platform for expressing broad truths, ideas inspired by Buddhist sutras, personal epiphanies, and the musicians’ down-home upbringings.

Matuto are part of a broader, loosely defined movement of hard-to-define acoustic innovators, musicians savoring their own heritage as they commune across genre and cultural bounds. Hailing from different parts of the country, Ross and Curto first met in Brooklyn’s genre-defying music scene. After laying down tracks on each other’s albums, they headed to Recife together and became fast friends as they played music, listened to local ensembles, held workshops in favela community centers, and won over local fans. Friendship and co-creation honed the original Matuto idea. They turned what could have been little more than a wacky side gig into a serious musical venture, in which seemingly disparate threads and brainstorms are woven together organically.

“Matuto does what we do out of love,” reflects Ross, “and our message is simple: Follow your passion, if it leads you to Brazil, or to Cajun, klezmer, or hip hop music, it doesn’t matter.  Follow your bliss and don’t worry.” “We feel that way playing music together,” Curto adds. “We can just look at each other and start laughing. There’s a lot of humor and joy, even in the most serious moments.”

Their new “Africa Suite” EP has just been released. The album is unique to their previous work and very much it’s own statement, but deeply connected to the rhythmic spirit of the Matuto sound. African diaspora is a common thread in the North and South American musical influences they’ve embraced since their inception. Working on this project allowed them to focus more deeply on Africa’s influence and to document a 5-week long tour that took them across Mozambique, Ghana, Ivory Coast, Cameroon, and Senegal in 2013. It features 5 different compositional voices, with one piece from each musical collaborator on the tour.