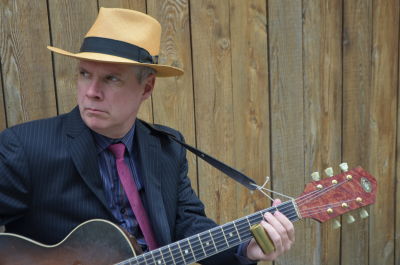 "...one of the finest musicians who is well versed in so many interrelated genres when it comes to roots, Americana, blues, Cajun, you name it, Michael has got it under his belt in a big way and instruments in his backpack... Any chance I get to hear Michael and then play with him is a chance I'll leap at." - Eric Bibb, interview with Holger Petersen (Talking Music)

"SLIDING DELTA" is the new album on Borealis Records, available early in 2015. It is a tribute to his early influences, filled with his own personal interpretations of the rural blues of Mississippi John Hurt, Fred McDowell, Memphis Minnie, Skip James, Charley Patton, Blind Willie McTell and many others. Recorded live off the floor in three days, it features MJB on several 6- and 12-string guitars, 5-string banjo, mandolin and rack-harp. It also includes a duet with Eric Bibb recorded in Scotland while on tour.