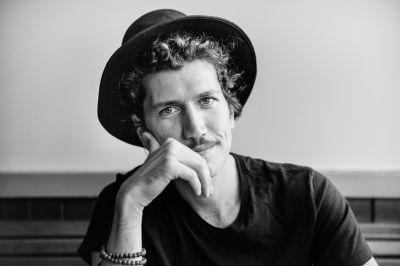 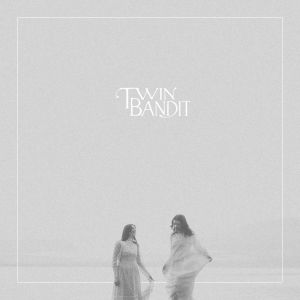 Oliver Swain has been a celebrated musician for years, held in high regard in acoustic and folk music styles for both his astonishing instrumental and vocal abilities, though he seldom gives the genre a fully traditional treatment. Oliver Swain strays towards the whimsical, the spiritual, and the socially conscious side of what he likes to refer to as "chamber folk odyssey", and it's these beguiling and provocative elements that make him unique as an artist and songwriter.

The anticipated new album Never More Together is a rich and sublime example of Swain's personal obsessions; clawhammer banjo, bowed bass and slack key guitar style, and fascination with ethnomusicology. Modern rock and early R&B are curated within the traditionally-based songs, used as a springboard into the imagination. The title track is a modern spiritual, leading out the album with Swain's instantly recognizable banjo, on top of lilting violin and a quick paced acoustic guitar beat. The tongue-in-cheek romp of "Maggie, Molly and Raul" unfolds into indie rock territory, and the crowd-favorite "Take Me Up" is an opus of universal proportions. From the grinding desire of "Apple Sucklin Tree" to the soulful "No Strange Thing", Never More Together is an adventurous listen; produced by award winning multi-instrumentalist Adrian Dolan, who also produced Swain's acclaimed solo debut. This time, engineering was done at the new Risque Disque facility in Cedar BC, retaining most of the BIG MACHINE cast introduced on his first album with a few new voices added to the mix, including recent collaborator in The Spark Project, Cellist Ben Sollee.

Oliver Swain got his start performing and writing with many of the US and Canada's most loved roots bands including The Bills, The Duhks, Outlaw Social and The Red Stick Ramblers. He's a two time Prairie Music Award (WCMA) winner, Juno nominee and has a few "M" (Monday Magazine) and Times Colonist Music Awards under his belt. In 2011 he released In A Big Machine, hailed as "absolutely mesmerizing" and "one of the best albums of 2011, regardless of genre", touring across Canada and the US including Folk Alliance International, Winnipeg Folk Festival, Calgary Folk Music Festival, and countless others. Between his own shows and tours, Oliver also runs the Victoria Django Festival each February in his home city, and recently toured as one half of the Leonard Cohen tribute duo project Tower of Song, as well as playing bass and some vocals with his new rock band, Fans & Motor Supply Co.

Twin Bandit is Hannah Walker and Jamie Elliott. Together they bring you an intimate folk/roots performance with strong harmonies & original songs.