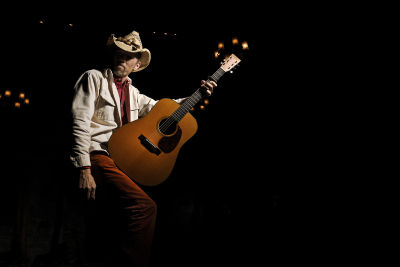 Corin Raymond is a singer/songwriter in the style of Johnny Cash who often draws comparisons to John Prine. Like Johnny Cash, Raymond is a troubadour whose robust veracity of soul appeals to old folks and children alike. As with John Prine, Raymond’s material appeals to other songwriters as much as to his cross-generational fans, and his songs have been covered by the likes of Dustin Bentall, The Good Lovelies, The Strumbellas, The Harpoonist and the Axe Murderer, and a far flung community of roots musicians and enthusiasts.

His songs are very Canadian, slightly apocalyptic, and suggest criminal activity. Judges quote his lyrics when handing sentences down. Truckers cry. He has the words you’ve been looking for. Raymond’s newest collection of originals, Hobo Jungle Fever Dreams, will be available in February, 2016.

To celebrate the highly anticipated release of his new album Hobo Jungle Fever Dreams, Raymond is touring across Western Canada with long-time friend & songwriter, Jonathan Byrd. The two will be performing in cities between Manitoba and British Columbia with their co-bill show “An Evening with Jonathan Byrd & Corin Raymond”.