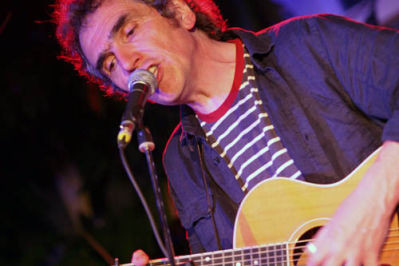 A prolific producer of recordings, Jez continues with a successful series of stage shows, a fistful of outstanding reviews, and a renewed interest in his brand of pointed, poignant and powerful musical epistles from the North, that have brought him a nomination for Folksinger of the Year in the BBC Folk Awards, Album of the Year" Award in the US-based Indie-Acoustic Awards, and a Sony Radio Award for his contribution to the prestigious Radio Ballads series for the BBC, all over the last decade alone.

Jez and fellow Brit singer/songwriter Steve Tilston are currently in the studio recording a joint album for release later this year. There have been suggestions that the pair would be recording versions of their various well-known, previously released individual compositions for the project, many of which have been the backbone of their joint concerts, but now the rumour is that there will be new songs included too. Indeed, some new songs were featured in their last live show together.

"Lowe has earned the right to be counted among England's finest contemporary songwriters." - Daily Telegraph, UK

"An excellent matching of old and new" - Q Magazine