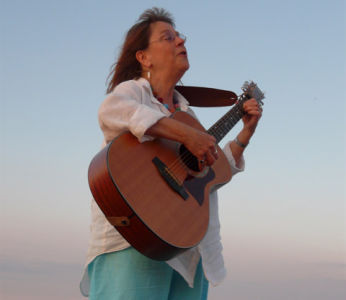 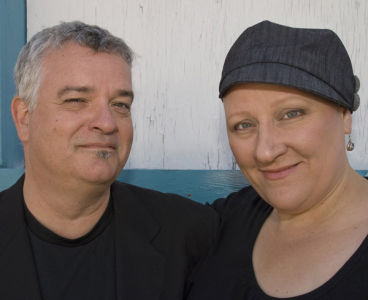 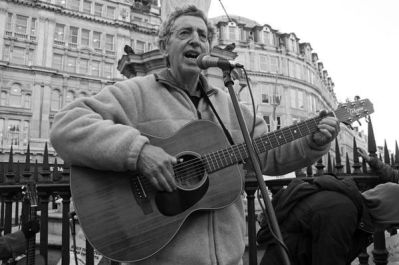 Marisa Orth-Pallavicini is a singer/songwriter who has lived in Vancouver for the past 40 years. She has performed and sung with The Euphoniously Feminists for over 30 years as well as performing on her own. She has recorded a compilation of songs for children: “This Here Mother Earth is For Everyone” as well as appearing on 4 Euphonious Feminists recordings.She has directed Children’s Peace Choirs throughout her teaching career. One choir sang a song with Holly Near at a Walk for Peace in the early ’80’s. Another sang at The 2006 World Peace Forum concert at the Orpheum. A third choir donated their fees to help build wells in Africa through Ryan’s Well Foundation.

Marisa was inspired and encouraged to work on this concert of Leon’s songs by her vocal and piano teachers, Jennifer Scott and Bonnie Ferguson. She has been a fan and friend of Leon Rosselson since they met at the Vancouver Folk Music Festival in 1981. Jennifer graciously offered to lend her support and piano accompaniment to the project, Bonnie has contributed much musical expertise and her amazing ear, and Rene Worst joined in on bass when Marisa started recording some of Leon’s songs with Jennifer and Rene in their studio recording workshops.

Jennifer Scott is a Vancouver-born vocalist and jazz pianist specializing in jazz, blues and world music. Jennifer is considered one of the most important jazz artists working in Canada and the United States today. From sold-out concerts in San Francisco to exclusive local club performances, Jennifer's performance experiences have been varied. Jennifer has appeared at Jazz Festivals all across Canada and in several of the United States. She has also appeared with such jazz luminaries as: Tommy Banks, Don Thompson, Kenny Wheeler, Skywalk, and Hugh Fraser, to name a few.

As well as being a performer, she arranges and writes jazz and pop tunes, with several of her CDs containing a combination of original tunes, tunes she has arranged, and more traditional tunes. She has also appeared on many CBC recordings and has worked with many other musicians both live and in studio.

Rene Worst has been a professional bassist since 1971. His virtuosic and supportive bass playing has been a Canadian treasure for many years on both acoustic and electric basses. He is as gifted on fretless as he is on acoustic - a rarity in the industry. Rene Worst is one of the founding members of the noted fusion band Skywalk and has anchored and produced six recordings with them. He is also a highly regarded producer.

In the early days of the folk revival, Leon Rosselson was a member of the Galliards with whom he made numerous radio and TV broadcasts and concert appearances. He started writing songs seriously (and humorously) in the early 1960s and hasn't stopped yet. His early songs were topical-satirical (some of them were featured on TV's satire show That Was The Week That Was) but he broadened out from there, absorbing different influences, from Music Hall to French Realist Song, and experimenting with different song forms.

He has performed in every conceivable venue around the country and toured North America, Holland, Belgium, Switzerland and Australia. He has written songs and scripts for Inter-Action's Dogg's Troupe and the Fun Art Bus, songs for a stage production of They Shoot Horses, Don't They? at the Crucible Theatre in Sheffield. He performed in shows with Roy Bailey and Frankie Armstrong, including the anti-nuclear No Cause for Alarm.

His song The World Turned Upside Down has been recorded and popularised by, amongst others, Dick Gaughan and Billy Bragg (who took it into the pop charts in 1985) and has been sung on numerous demonstrations in Britain and the USA. His Ballad of a Spycatcher, ridiculing the ban on Peter Wright's book, went into the indie singles charts in 1987 in a version backed by Billy Bragg and the Oyster Band.

“…a unique songwriter. I do not think there is anyone in the English-speaking world to touch him. He is a sharp observer, a wonderful wordsmith, a composer of originality and depth, but, most of all a superb integrator of words and music.” - Folk Roots

“One of Rosselson’s great strengths is his wit and verbal dexterity but behind the humour there is always the high seriousness of a man whose vision is of a world turned upside-down.” - The Guardian