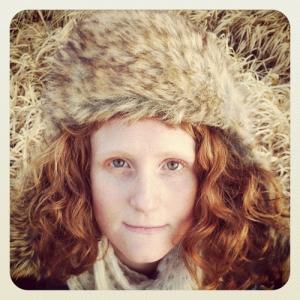 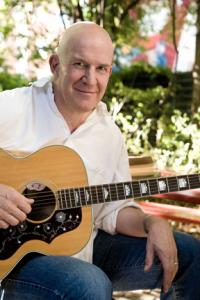 You might know Jenny Ritter as a ginger-headed Canadian folk musician from a big island off the rainy West Coast. After twelve years of ping-ponging madly back and forth across North America with a couple of different indie-folk bands (The Gruff and Nicely Nicely), Jenny has finally settled herself down in Vancouver.

Jenny is first and foremost a guitarist and singer/songwriter. Over the past 12 years she's gained more performance experience than many musicians do in a lifetime. She's well versed in many styles of acoustic guitar playing and songwriting, including Folk, Rock, Country, Bluegrass, Scandinavian, Irish, and Cape Breton styles. Much of this experience was gained over 10 years of touring with The Gruff, an alt-country band based in Victoria, BC. When not on the road, Jenny freelanced around the West Coast, accompanying renowned Canadian fiddlers such as Daniel Lapp, Zav R.T., Adrian Dolan, and these days, Mairi Rankin (the Rankin Family).

Currently she's the director, and music arranger for East Van's in-demand rock and roll choir, The Kingsgate Chorus. She leads the choir in an unconventional manner, with only an acoustic guitar, and teaches them by ear. They're becoming known all over town as the "choir for hire" and local indie-rock bands are frequently including them in their performance and recording projects. She's also one half of a Scandinavian instrumental folk music duo, Marmota, fiddle and guitar, a new project just getting started in Vancouver.

His unique path so far has included recording with avant-garde Germans Can to stellar co-writes and collaborations in Nashville, Austin, New York and London.

He recently published the biography of the late Nicky Hopkins, sometimes known as the Sixth Rolling Stone: And on Piano... Nicky Hopkins: The Extraordinary Life of Rock's Greatest Session Man Published by Desert Hearts 9th May 2011, the UK version is a handsomely bound hardback book, generously illustrated with wonderful personal photographs, many never before published, in both black and white and colour, and with forewords from Bob Harris & Klaus Voormann.

He was stranded in Gander, Nfld, with 6,000 other airline passengers on the infamous 9/11 day. He wrote a song about the experience and sang it with the assembled throng in a hangar there. It was later broadcast on a CBC documentary about the day.

At 6' 6", bald, and most often seen wearing a kilt, he cuts an impressive figure. He is descended from the Dawsons who founded Dawson City and Dawson Creek.

He is immensely likeable. We are very pleased to bring him back to The Rogue to open for Jenny's CD Launch.