with Fear of Drinking 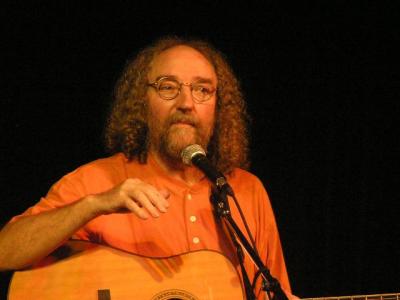 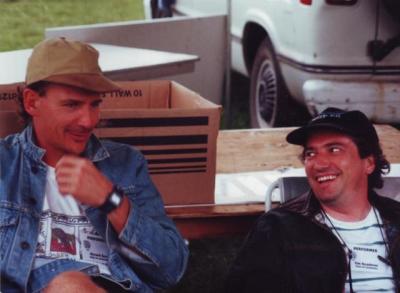 Fear of Drinking (BC)

What can we tell you about Vin Garbutt? Well, let's just say that this is the latest in a long series of "secret concerts" we have staged with Vin since 1987. It will be his 14th appearance at The Rogue in that time. He is one of the best known and best loved folk singers in the U.K., with a devoted following across the Commonwealth as well. There is something quite magical about this man with the receding golden curls and the strong accent from Teesside in the North East of England. Partly it's his fabulous whistle playing - full of humorous bent notes and echoes of bird song! His exemplary guitar picking is another factor. Then there's the incredible passion and emotion that he puts into his singing, and the compelling mix of traditional songs, original compositions, and carefully chosen covers of contemporary song. On top of that there's his choice of subject matter: songs about the plight of child sex slaves in Thailand, murdered priests in Nicaragua, unemployed coal miners turned seamsters, or genocide in East Timor. Heavy stuff, you might think, but Vin weaves his magic around such songs by relating some of the wildest, craziest, side-splittingly hilarious stories you will ever hear - with nary an expletive to be heard! The man is an absolute genius, a marvel, a consummate entertainer, and a phenomenal musician and singer. I just wish more people knew this! Come and find out ...

They're back!! Yes, Fear of Drinking return to the Rogue for the first time in a decade. Tim Readman, who came to Vancouver from Durham, just north of Teesside, in the 1980s, reunites with New Zealander Gerard Kerr, from the deepest southernmost highlands of Aotearoa - the land of the long white cloud. Fear of Drinking combine traditional songs from NZ and the UK and Ireland with irreverent humour and a legendary sense of fun. Now that Tim has finally embraced his "fear" by giving up the drink, what can we expect?