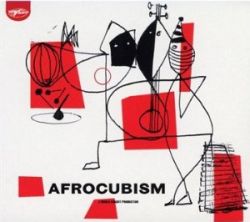 Buena Vista Social Club has become a great story, one of the biggest hit albums of recent times, renowned for it's collection of wonderful music from a galaxy of star Cuban musicians. However, the late 1990s studio session did not actually unfold as originally planned. Two of the people invited to join in, both West Africans, never arrived. Instead the producers, in particular Nick Gold, quickly rounded up some locally available players, older, long established Cuban singers and instrumentalists, to make the most of already booked studio time. This now famous group of course recorded a blistering set of pieces, resulting in the wildly successful album and subsequent tours.

The Buena Vista phenomenon has subsequently been revisited by both the original group and the individual musicians. Now once again this musical territory is trod, with the added spice of some of the cream of West Africa's best players.

The pair who failed to show for the original recording, ngoni master Bassekou Kouyate, and guitarist extraordinaire Djelimady Tounkara, have finally gotten into the studio with some of the Cubans, along with another Malian great, balafon player Lassana Diabate, as well as kora master Toumani Diabate. The Cuban contingent is lead by singer/ guitarist Eliades Ochoa and his band. Ochoa, a survivor from the BVSC sessions from so long ago, is a great singer, and shares vocals on this disc with another marvellous Malian, Kasse Made Diabate. The resulting album, Afrocubism, is yet another resounding triumph.

Songs dominate the album although there are also plenty of instrumental flourishes from the stellar players in the studio. The disc is a delight from beginning to end, with a wonderful swing and glorious melodic approach by all the musicians. The rhythms are infectious, and the sequence of pieces couldn't be better, allowing for an endless stream of rich music and subtle touches and nuances. Percussionist Baba Sissoko is a marvel throughout, and Cuban bassist Jose Martinez underpins the sprightly rhythms. The various pieces include classics from both Cuba and Mali, as well as newer compositions by the Afrocubism members themselves.

If you enjoyed the original Buena Vista album, then you are sure to like this offering too. It offers a slight twist on the flavour of the music, with the quintet of Malians showing their chops, yet the Cubans are also in full flow, and the dazzling magic is still there.