On this day in 1989 we presented an Open Stage at The Railway Club (579 Dunsmuir St.) - a regular haven for me during my days of gainful employment at Weldwood and Cominco from 1981-86, and The Rogue's adopted venue when The Savoy was sold early in 1988. I saw some incredible bands in there over the years, including k.d. lang, Los Lobos, and Spirit of the West; but I digress. On this occasion, the Sunday Umbrella Band were the hosts, and there were several acts signed up for the Open Mic. See page 2 of the May 1989 Rogue Folk Review for more details.

In 1995 we presented the superb Irish trad quintet Altan at The Massey Theatre in New Westminster (1,200 seats! We sold most of them, I think.) This was a big undertaking, not least for the fact that we could not have a bar, since the venue is located in a high school! An Irish trad band with no bar, you ask? Were we out of our minds? Possibly. Apparently not out of our heads, though! Follow this link for more info about this show. (It does imply that we had a bar. I don't think we did. Or did we?)

On this day in 2000, the "thunderous and passionate" vocals of Tanglefoot (ON) filled The WISE Hall with their glorious pan-Canadian folk sound! Here is the  link to the May issue of Rogue Folk Review, so if you are looking for more details, see page 3. 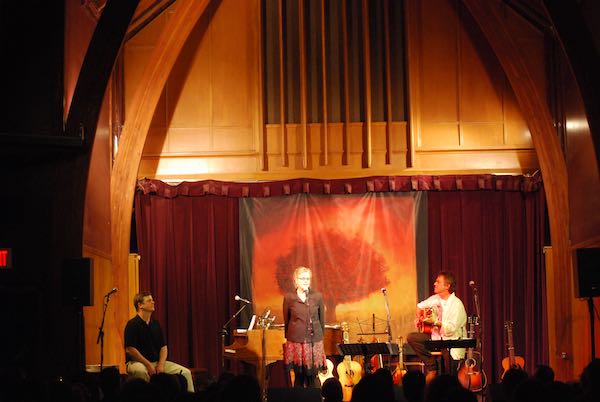 On May 7th 2010 we hosted a show with Shari Ulrich (BC), a regular - and extremely popular
- performer at The Rogue. The previous Summer, Margaret and I had encountered Ms. Shari
at the Kate Wolf Festival in Northern California. We were all in the audience on an
exceptionally hot day, and couldn't quite believe the coincidence! Turned out that her reason
for returning to the land of her birth was the chance to finally meet the son she had given
up for adoption before coming to Canada in the early 1970s. Quite an auspicious time, then! 1
1 months later, he was the guest percussionist at the launch of Ms. Shari's CD, Find Our Way. 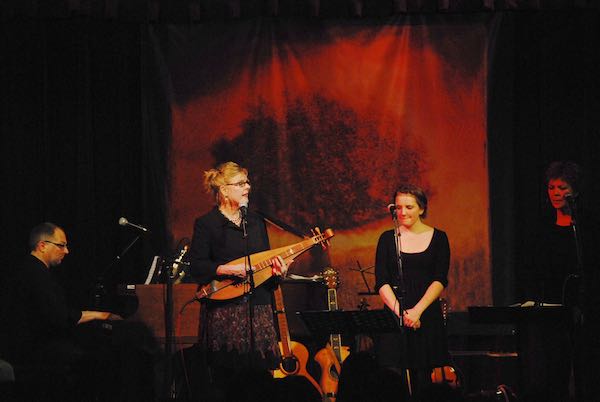 On this remarkable occasion she was also joined by her daughter Julia Graff on fiddle,
keyboard wizard Bill Runge, and the wonderful Jane Mortifee on vocals.
(I think it was during that evening that I persuaded Jane to bring her amazing R&B Express
band to The Rogue later that year!)