On this date in 1990 we presented Newfoundland's Celtic folk/Rock band Figgy Duff at The Wise Hall. Scroll down to page 3 for details of the show. (Their photo was on the cover, though.) Their late drummer Noel Dinn can take much of the credit for the nascence of The Rogue. At Expo 86 he collared me saying "look, we'll have no work after Expo, and someone out here has to start presenting shows. You have the radio show and the connections, Steve. You'll be the one who has to do it!" In January 1987 we gave them two sold-out nights at The Cultch, but that's another story ...

Three years to the day after this show we presented a fundraiser (see page 4) at the WISE for Noel, who was undergoing experimental holistic and naturopathic treatment for throat cancer. Great line-up: Peter Alan, Fear of Drinking, Geoffrey Kelly, Alan MacLeod, Wyckham Porteous, Piglets of Joy, Rattle In The Dash, and Jennifer West! Must have been some night!! Sadly, his treatment did not work and Noel passed away shortly afterwards. Figgy Duff left a great legacy though, and are widely regarded as Canada's - nay, North America's - answer to Fairport Convention.

From May 13 - 15 1994 The Rogue co-sponsored three nights of Roots Music with The Swatch Music West Conference, including a rollicking show at The Starfish Room on Homer Street with Minneapolis folk/rockers Boiled In Lead and Winnipeg's Acoustically inclined. See page 4 of our May 1994 issue for details.

On May 14th 1997 (see page 4) we were honoured to present one of the most iconic voices and mandolin players in bluegrass / country / psychedelic folk - Peter Rowan - at the Wise Hall. The place was packed with Deadheads in tie-dye ("My people", quoth Mr. Rowan, who was a member of the celebrated Old & In The Way with Jerry Garcia, Dave Grisman, Vassar Clements and John Kahn in the early 70s). Bruce Howden and I took Peter to the iconic Chinese restaurant - On Lok - on Hastings after the show. I recall Peter ate Birds Nest Soup. I'd never seen that dish before!

May 14th 1999 (see page 4) was the start of another Pied Pumkin / Rogue Birthday celebration at the Wise Hall! They played 4 shows in 3 days over the weekend, including an all-ages matinee and 3 evening romps for sort-of grown-ups!

It was to be another 5 years before Mad Pudding played our next May 14 show at The Wise. See page 5 of our combined April-May issue for details. 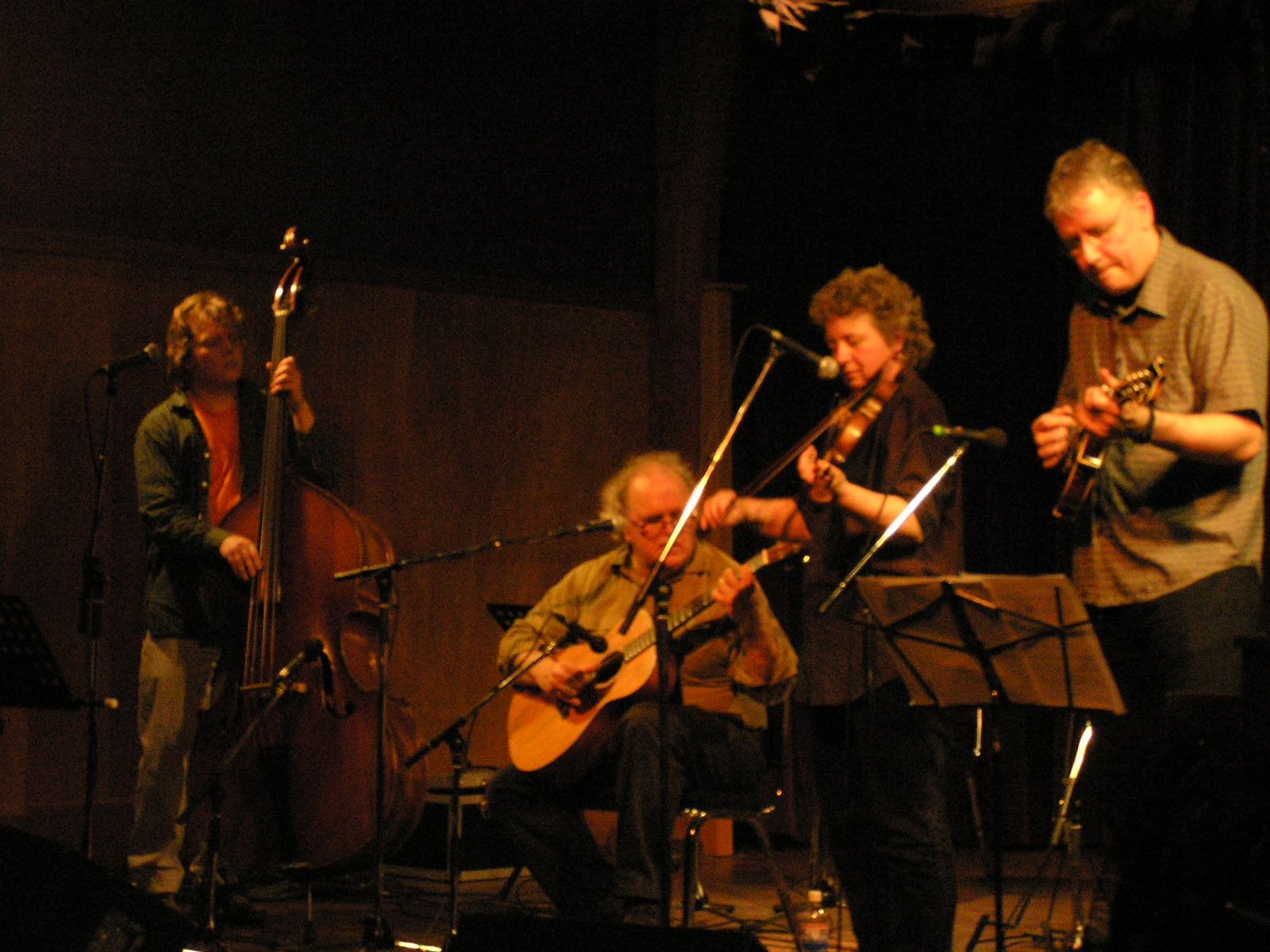 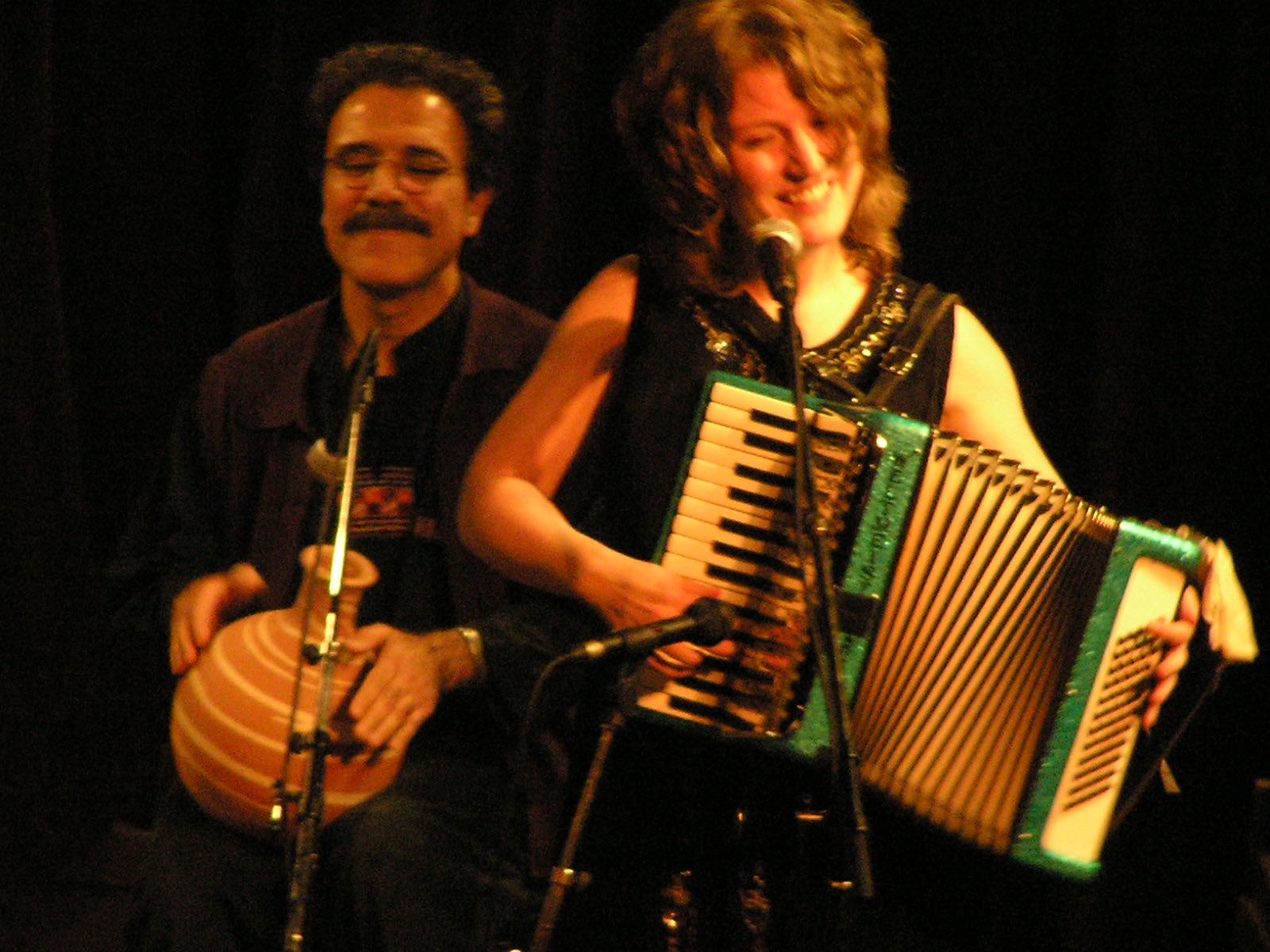 May 14th 2005 saw us bring in another exceptional band to St. James Hall: Freshet, with two
Finnish musicians (Tapani Varis on double bass and jaws harp & Petri Hakala on mandolin)
and two Americans (Ruthie Dornfeld on fiddle and John Miller on guitar). Also on the bill was
former Mad Pudding accordionist and singer Amy Stephen and her new band. 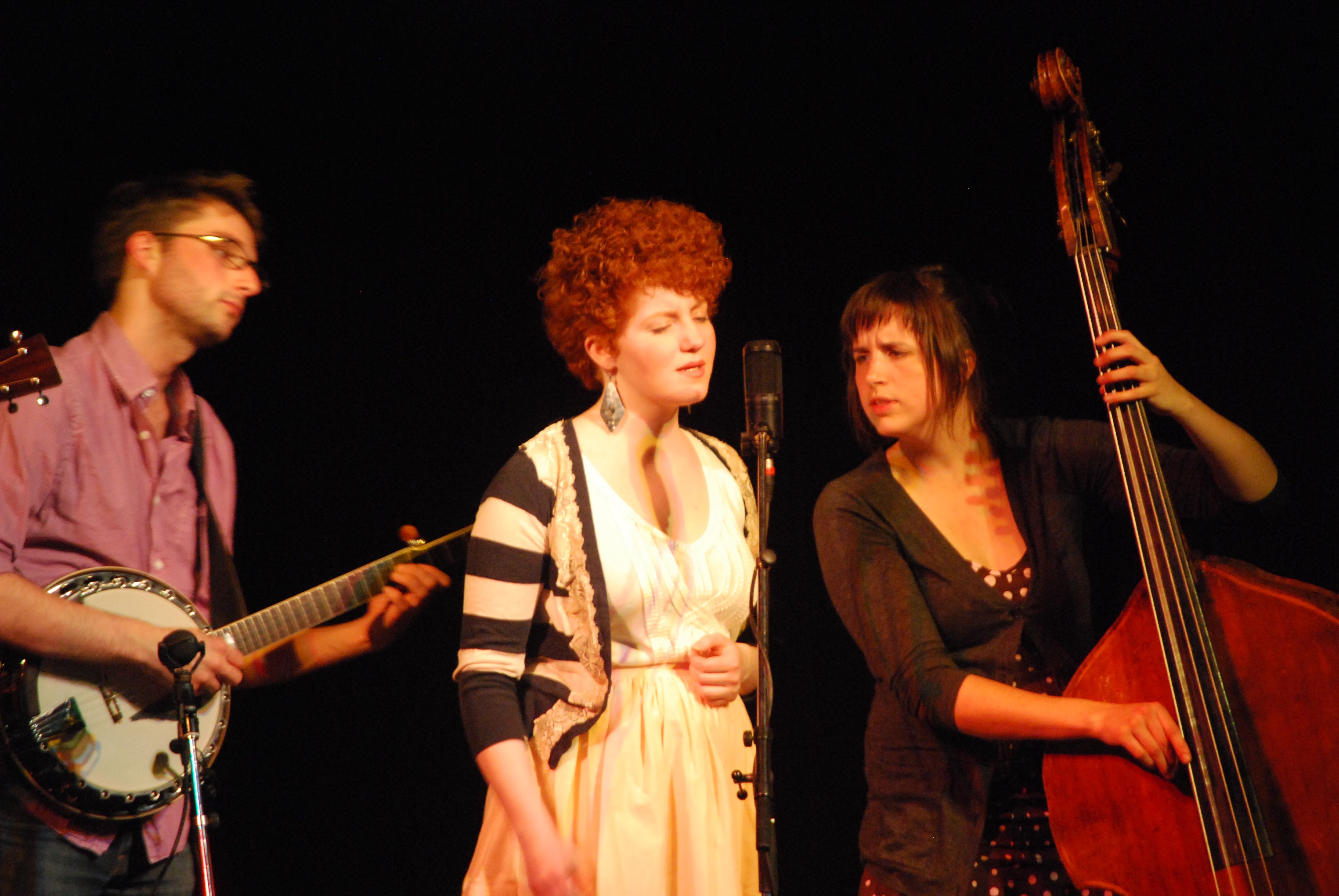 Leap forward another 5 years to St. James and you'll find the Vancouver concert debut
of Joy Kills Sorrow - a quintet from Boston's Berklee College centred on the alluring vocals of
Qualicum singer / cellist Emma Beaton  Too bad they are not making records together any
more; I loved their blend of acoustic folk with Celtic overtones, a touch of African rhythm, and
some exemplary bluegrass picking to go along with those wonderful vocals and harmonies.

This day in 2016 brought Reid Jamieson to St. James, accompanied by Melissa Bandura
(aka these days as Familiar Wild). Reid's "gorgeous sun-struck acoustic soul" of a voice has
often filled the rafters at our venue - ever since we heard him in Whistler at a show sponsored
by the embryonic radio station Shore 104 back in 2010. 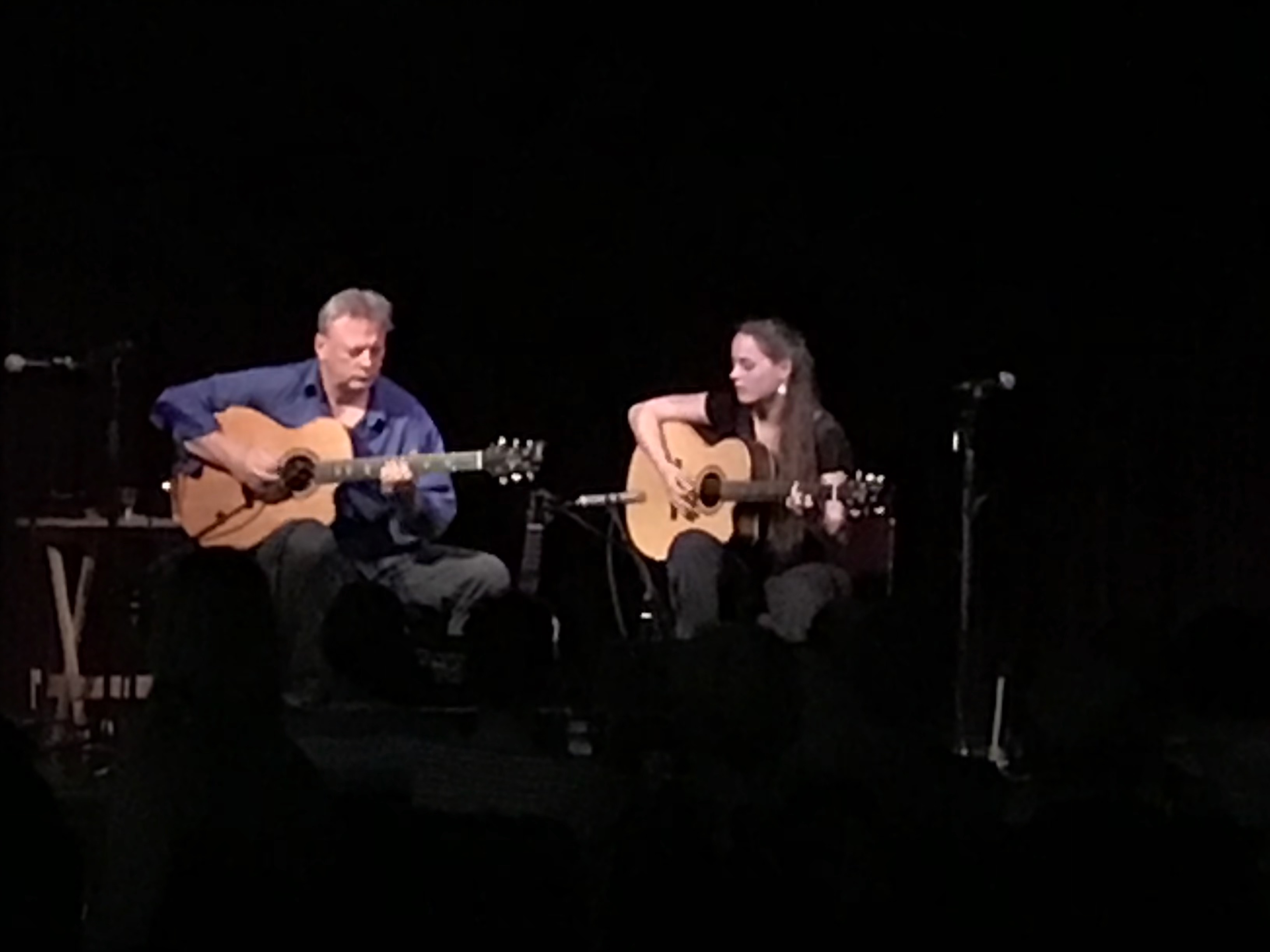 Our most recent venture on "Bonny Black Hare Day" was in 2018, with the incredible self-taught
Celtic guitarist Tony McManus  Originally from Glasgow he moved to Ontario a decade back
and we love to claim him as "one of ours!" On this occasion he surprised us by introducing
young German fiddler / guitarist / singer Julia Toaspern as his accompanist.
(The duo released a fine eponymous CD in 2019 on Greentrax Records).