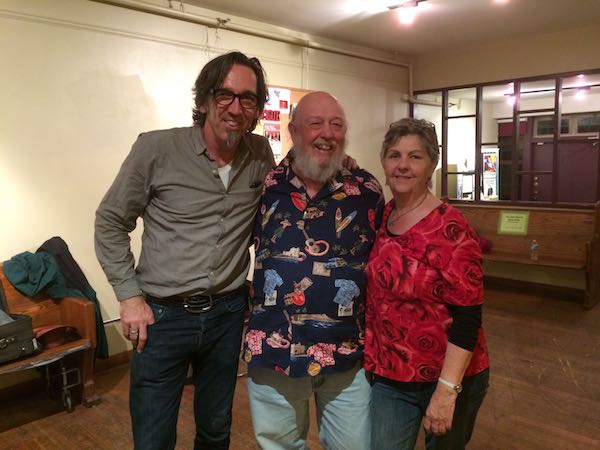 On this day in 2018 we presented Stephen Fearing at St. James. He had recently moved
back to BC from Halifax. Here are three Founding Rogues seen after the concert (I'd forgotten
to charge my camera battery before the show, so I couldn't take any concert photos, but
someone had a phone handy to take this shot of Mr. F. with Margaret and I.) 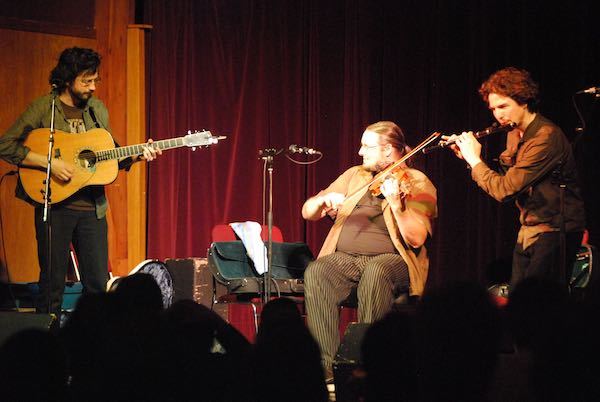 In 2016 we brought back the wonderful Quebec trad trio Genticorum (above) - in their original
line-up - for a concert at St. James with local openers Pastiche (four former members of
Mad Pudding - see photo below) 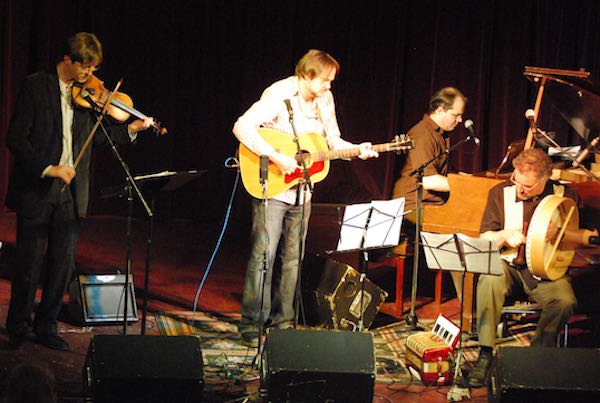 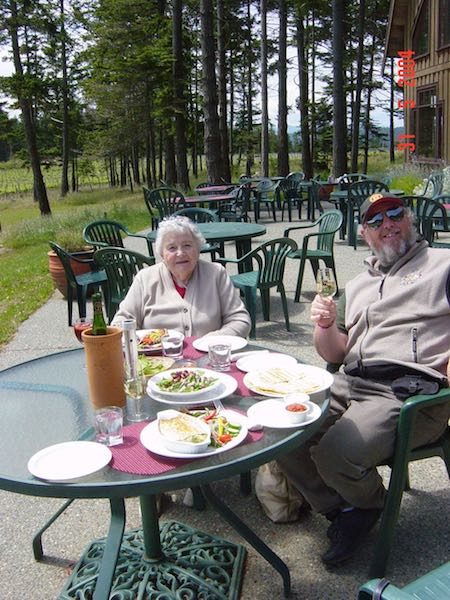 In May 2004 my Mum (see above photo on the patio at the Saturna
Island Winery, which was thriving at the time) was visiting from England.
I remember this show cos she danced with one of the most irrepressible
dancers in town that night. She was 83 at the time. I think he must have
been a tad younger. Sorry. I can't recall his name. Mum was most
impressed with the singing of Deanna Knight, and whenever I spoke to
her after that she would always ask after Deanna. A good chanteuse was
- and still is - an essential ingredient in a swing band, and Mum loved
that kind of music. She was in her element this night, I tell you! The concert
was a double bill at St. James with The Hot Club Of Mars and
Quebec's blues maestro Michael Jerome Browne. Great memories,
which can be (re)kindled by scrolling down to Page 3 of our
May 2004 Rogue Folk Review.