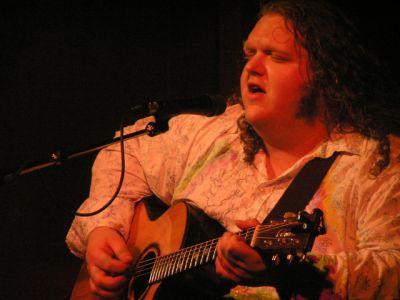 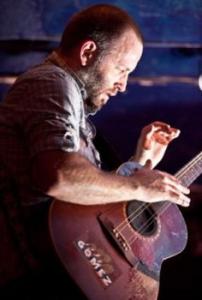 New Brunswick's Matt Andersen has a larger than life showmanship that has been earning him a fervent and steadfast audience wherever he graces the stage. Matt's sprawling blues, roots and rock musical hybrid with his soulful voice and astonishing guitar-playing has sparked a phenomenal buzz on Canada's East Coast and that grass roots word of mouth cannot be contained any longer! Matt's second full-length studio release, "Something In-between", garnered two East Coast Music Awards (Male Solo Artist of the Year and Blues Recording of the Year). He made his Rogue debut last Spring, and was equally astonishing at the Vancouver Folk Music Festival last Summer. Last Fall he released two new CDs: "Piggyback" with harmonica virtuoso Mike Stevens and "Live at the Phoenix Theatre".

On January 24, 2010 Matt won the 26th edition of the 2010 International Blues Challenge (IBC) in the birthplace of Rock N' Roll and home of the blues, Memphis, TN. Matt was sponsored for this event by the Harvest Jazz & Blues Festival in Fredericton, NB in the solo/duo category. Blues musicians from all over the world including 39 states, 12 countries and 5 continents were chosen by their respected Blues societies to compete in venues on the world-famous Beale Street. As the big winner, Matt opens the door to the U.S. market and the larger world stage! Some of the prizes Matt won include: cash, 1st place International Blues plaque, large profile American festival gigs, festivals in France, Italy and a slot on the Legendary Rhythm and Blues Cruises. Matt is the 1st Canadian ever to Win the IBC in its 26 years of inception. For more information on the IBC go to www.blues.org.

He'll be joined by Calgary's Wil for a double bill which is garnering rave reviews all across Canada.

"Like Andersen, Wil is an intense performer and knows how to pace a song -- many of them about strained relationships -- to coax every drop of drama from it. A tall, lean man, he steps back from the mic between lines to bob and weave and frequently jerk a leg back and up, as though it's attached to a string. It makes for a distinctive performance, one that suggests his own total engagement in the song." (Ottawa Citizen)

You could say Wil Mimnaugh was always destined to be a musician. Born into a musical family, Wils mother was always singing along to the coveted record player or belting out duets accompanied by Wils father on guitar. Songs rhythms were stomped out on the kitchen floor late into the weekend nights. Tunes from the likes of Hank Williams and Simon and Garfunkel were in-house performance staples. "An Evening With John Denver" played on repeat by virtue of being stuck in the 8-track player of the station wagon. Laughing and loving music as a family, the Mimnaughs were in it together.

In This Together is Wil's third CD - an album of personal stories connecting life, love and Wils ongoing relationship with music. After more then 10 years of touring, Wil has returned to some of the core themes that brought his debut album Both Hands into being. He is, however, taking a definite step forward in his growth as a songwriter, singer and musician. Transitioning from the darker imagery and tones of his second album, By December, Wil has found in his third album, a lighter stride.