with The Wahs
Concert poster 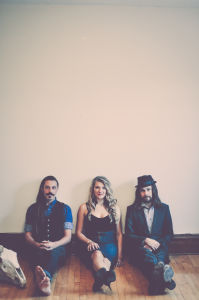 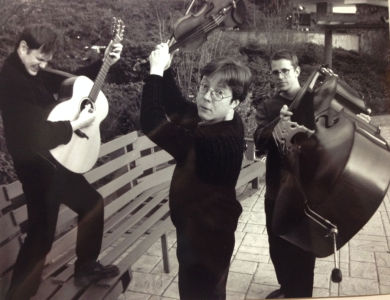 In the two plus years since a harrowing drive down a mountain to Kootenay Boundary Regional Hospital with a lead singer, who had just broken her leg in an amazing frisbee-catch-gone-horribly-wrong, stoically alternating between joking and crying in the trunk, Red Moon Road has had its Sorrows and Glories. A cancelled tour was traded for some bedside songwriting, and the most fun those surgeons ever had. Still, within months, on five legs and two crutches, the unstoppable Canadian trio hit the studio before resuming its perpetual pendulum peregrination from Pacific to Atlantic.

Now, two years later and sans crutches, home from a ten week European tour, Winnipeg roots/folk-darlings Red Moon Road, that is to say, Sheena, Daniel and Daniel (yes there are two of them, it saves on ink) release a brand new full length studio album: Sorrows and Glories. Their third recording (2012’s eponymous full length and 2013’s Tales from the Whiteshell), Sorrows and Glories is a collaborative creation, inevitably influenced by healing and experience. An inspired and multifarious sonic adventure, at once a bold new step in the evolution of the band, yet a continuation of Red Moon Road’s singular and captivating ability to spin song and story into something more.

In the four years the band has existed, audiences have come to expect something beyond your usual concert.  Red Moon Road shows treat audiences to an impressive instrumental presentation; the sonic evolution born of the collaboration between three insatiably creative musical forces. A roots drum kit cunningly split between two band members, an acoustic guitar that also sounds its two lowest strings as a bass, powerhouse lead female vocalists, a moustached man playing Mandolin, Lap Steel, Banjo and Organ (often at the same time) and impeccably timed immaculate three part harmonies. As always though, it's the way the music is brought into sharper focus by the band’s signature and captivating storytelling ability, and how these multi-talented and disarmingly endearing personalities are fully present that elevates a concert with Red Moon Road into a collective experience, bridging gap between performer and audience, leaving your heart a little fuller and the world seeming a little more wonderful.

The WAHS are a Vancouver based folk pop non trad acoustic trio consisting of ANDY HILLHOUSE (guitar and vocals) CAM WILSON ( violin and vocals) and BRENT GUBBELS ( stand up bass and vocals). All three play in various groups together (Andy and Cam from Mad Pudding and Cam and Brent from Van Django).  The group's various musical influences are apparent as they play everything from Canadian Old Tyme Fiddle tunes to Power Rock anthems plus their own original songs and instrumentals. Quirky eclectic energetic and fun the WAHS are a fresh and original sound.