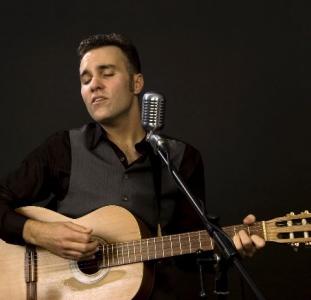 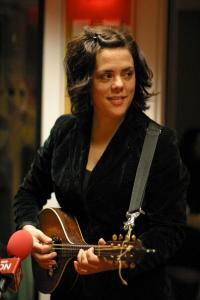 Reid Jamieson is a classic Canadian heartbreaker with an incredible voice and a magical way with melodies. Born and raised in Toronto, Reid recently moved west to Vancouver to write and record a new album while performing regularly with CBC's Vinyl Café. This concert celebrates the launch of an excellent new CD of original songs titled STARING CONTEST, which features guest appearances by Samantha Parton (Be Good Tanyas), Anne Lindsay (Blue Rodeo) and fellow Vinyl Cafe member John Sheard on piano. One of the winners of Shore 104.3fm's Summer Songsearch Series, Reid Jamieson first came to the Rogue's attention opening for Colin James in Whistler in May. He has a strong voice and displays excellent fretwork on guitar and ukulele. He has also recorded a CD of some of Elvis Presley's lesser-known 50's era songs, originally meant as a present for his sweetheart. If you would like to catch a preview Reid Jamieson will be performing at Shorefest, before the fireworks on Saturday, July 31 on The Rogue Sunset Beach Stage.

After Reid appeared on the Vinyl Cafe we received tremendous feedback from our audience. He stole the show... He blew me away. — Stuart McLean - CBC Vinyl Café

There will be a short opening set by Sam Parton, and she will probably join Reid later in his show as well. Sam is best known as a member of the award-winning trio Be Good Tanyas, and is a fine singer in her own right.