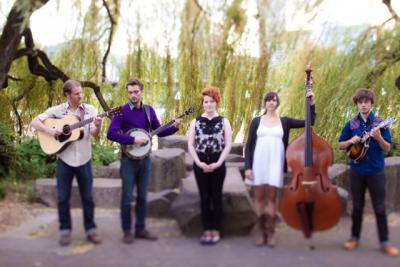 Some people prefer pop music that behaves like math: once a few familiar variables have been determined-female vocals or male? Acoustic guitar or electric? - the end result should be easy to predict, and always sound the same. That's not the Joy Kills Sorrow method. This Boston-based string band favours a more unpredictable approach relying on musical chemistry and improvisation. Hence the title of their sophomore album, This Unknown Science. All of the members have been touted as virtuosos, and they effortlessly hunt for unexpected outcomes and new discoveries. We like experimenting and stretching boundaries, explains guitarist Matthew Arcara, an acoustic player gaining a name for himself as both an up-and-coming guitar slinger and luthier. Arcara has taken home several honours at various guitar competitions including Winfield's National Flat-picking Championship in 2006.

On This Unknown Science, Joy Kills Sorrow's sound is born from the best of two worlds. They start with a base of time-honoured timbres and techniques, yet fashion original songs and arrangements that reflect a love of indie-rock and new folk. While the former has made Joy Kills Sorrow proven favourites with the bluegrass circuit, their emphasis on writing arrangements transcending narrow genres allows them to reach wider audiences. Emma Beaton's haunting vocals and the ensemble's rootsy variation on Americana is just as apt to appeal to fans of Mumford & Sons and Fleet Foxes as committed Stanley Brothers enthusiasts. It's not that we think traditional music needs improving, Arcara clarifies. This is just how we happen to play it.

Qualicum Beach-born and bred singer Emma Beaton, who was nominated for "Traditional Vocalist of the Year" at the Canadian Folk Music Awards 2010 and won "Young Performer of the Year"at the age of 18 at the Canadian Folk Music Awards 2008, has captivated critics and fans alike. She quickly caught the ear of bluegrass super-star Laurie Lewis, who says she has a voice like a laser. A classically trained cellist, she formerly studied at Berklee College of Music. We last saw her playing Cajun music - on the cello - with Joel Savoy at the Folk Alliance in Memphis. Stunning!! Bassist Bridget Kearney, who double majored in Jazz Bass at The New England Conservatory of Music and English at Tufts University, is the primary songwriter of the group. Of songwriting, Kearney comments, A lot of my ideals as a songwriter come from novelists and poets, like Hemingway's idea that to start writing a story, all you have to do is write one true sentence. A song works that way too. You just need to find one seed, the rest will grow from there. In 2006, Kearny won the John Lennon Songwriting contest.

Filling out the group is Jacob Jolliff and Wesley Corbett. The former is Berklee School of Music's first full-scholarship mandolin student and a veteran performer, who has toured professionally since the age of 11 and shared the stage with such mandolin greats as David Grisman and Mike Marshall. Corbett, a banjo player, has toured nationally with Crooked Still and The Biscuit Burners, and he's currently teaching banjo at Berklee School of Music.

They made their Rogue debut a couple of years ago, touring in support of their CD Darkness Sure Becomes This City - one of my favourite albums of the millennium so far!