This date in 1987 was the official launch of The Rogue, so this is an extra special day for us! Here's a birthday cake we shared a few years ago... 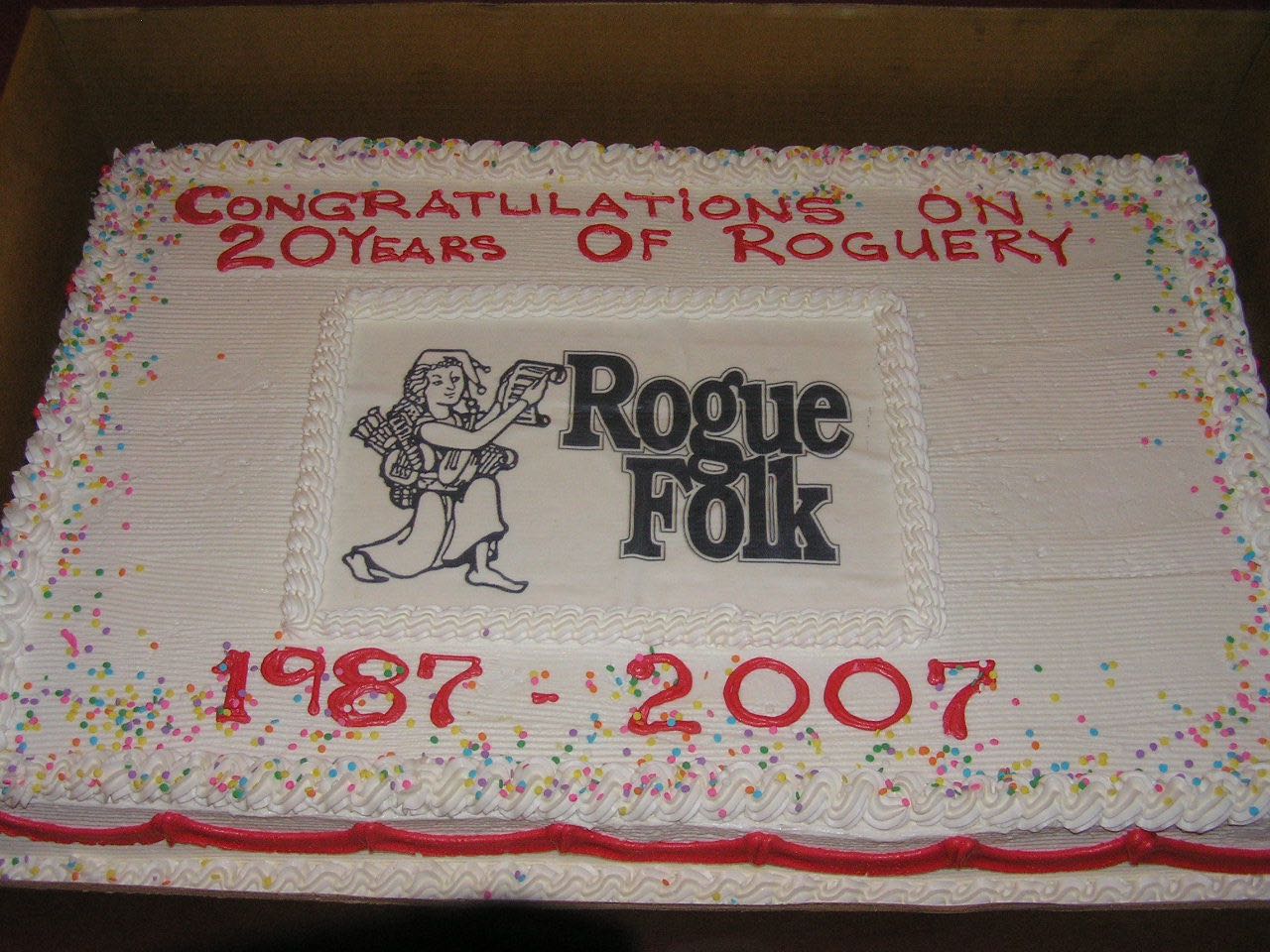 We've presented well over 2,500 performances since 1987! With our next concert looking to be a long time coming, I thought it would be good to look back at some of the shows we've brought to you down the years. 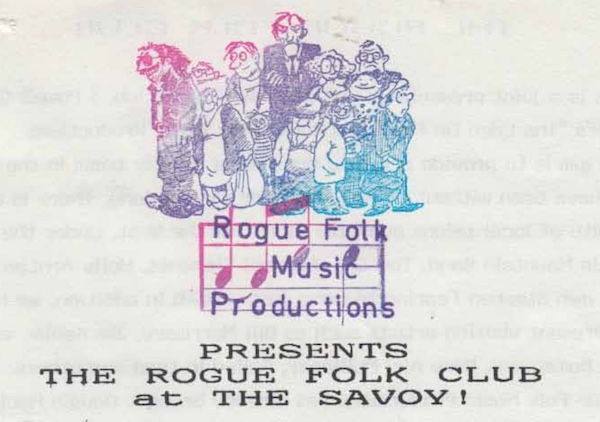 In 1987, The Rogue was officially launched with a concert at The Savoy (6 Powell Street in Gastown.) It was owned by the same family that owned The Railway Club, and when Expo 86 happened, the Province of B.C. had to relax the licensing laws - which hitherto had prevented bars from opening on a Sunday! Janet Forsyth, the manager of both establishments, offered us as many Sundays as we wanted to fill the Savoy with the sounds of Rogue folk music. The opening night featured our house "band" Stephen Fearing  and guests the local bluegrass quintet Little Mountain Band (Kitty King, Theresa & Don Dirksen, Rob McGregor, and Dave Lidstone). Rob recently joined The Sybaritic Stringband - who play the music at The Rogue's Contra Dances. One of Dave's most recent gigs was to organize the Jericho Folk Summer series of shows in the Jericho Sailing Centre on Tuesdays. But I digress. Details of this show can be found on this two-sided flyer which we printed to hand out at events like the 20th anniversary "Be-In" in Stanley Park!

On this day in 1989,Willie P. Bennett played a Rogue show at The Railway Club. See the May 1989 issue for details.

On May 10th 1990 CBC host and singer / songwriter Kris Purdy from Winnipeg played The Wise Hall. You can read all about her in the cover of our May 1990 issue.

On this day in 1991 we presented the return of the man voted "Most Requested Performer" for the previous 3 years in our Readers Poll - James Keelaghan  with his bandmates Gary Bird on pedal steel and Bill Eaglesham on bass. (Sadly, Bill passed away in May 2020.) You can read all about our Birthday celebrations in our May 1991 issue.

On May 10th 1995 we had a double-bill of American bluegrass legends Tony Trischka and David Grier lined up at the WISE Hall. If memory serves, Tony had to cancel his appearance as his father passed away that day. I remember a long conversation I had with him in Kitsilano on the day of the show (I had lost my own father a few years before, so I tried my best to console him.) David Grier played a superb solo show on guitar and voice. Read the advance PR in our May 1995 issue.

On this day in 1996 David Essig - a superb guitarist and songwriter living on Galiano Island at the time - was the feature performer at The Rogue Anniversary show at the WISE hall, with openers The Lingo Sisters (Meg Tennant and Janet Lillian Russell). Full details are in the May 1996 Review.

May 10th 1997 saw The House Band return for The Rogue Anniversary Show. What a great trad band! Chris Parkinson (accordion), John Skelton (flute), and Ged Foley (guitar, vocals) made up one of my favourite bands at the time. Show details are in our May 1997 issue.

On this day the following year, 1998, Balfa Toujours a brilliant Cajun dance and concert band from Louisiana led by Christine Balfa played our Birthday Bash Scroll down to page 4 for a great write-up by 1/3 of The Three-Headed Scribe, who contributed many articles to the Review down the years. Balfa Toujours also gave a concert / lecture at Point Grey Secondary the previous day. The superb accorianist in the band, Dirk Powell, was asked by a student "do people often tell you your music all sounds the same?" To which Dirk replied that folks listening to rap might say the same thing, but they are not exploring the nuances or the message or even the style of delivery in rap, and that the more you explore any kind of music the more you can appreciate its variety and significance. Good answer!

On page 2 of our May 2002 issue you'll find details of our 15th anniversary show at The Wise with Mad Pudding (featuring Karla Mundy as the new lead vocalist) and the debut of The Wahs (a side project with Cam Wilson and Andy Hillhouse of the Pudding joined by Brent Gubbels on bass.) 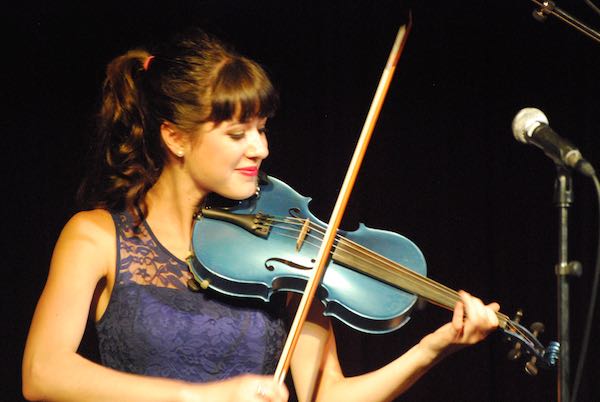 While May 10th is a VERY significant date for us, you have to fast forward to 2013 for our
next show on this date: the first Rogue appearance of the dynamic young Celtic fiddler
Kierah - accompanied by guitar wizard Adam Dobres at St. James Hall. 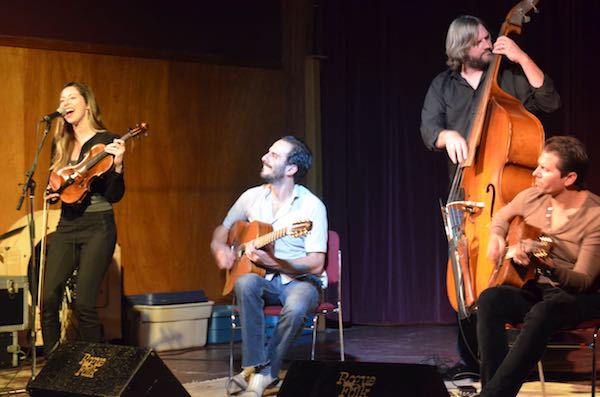 Two years later we presented the Vancouver debut of gypsy jazz guitarist Gonzalo Bergara
from Argentina and his quartet, featuring the lovely fiddler / chanteuse Leah Zeger.
Margaret and I had seen them at Django Fest NW the previous Fall and I was determined
to bring them to The Rogue as soon as possible! This was a truly memorable concert! 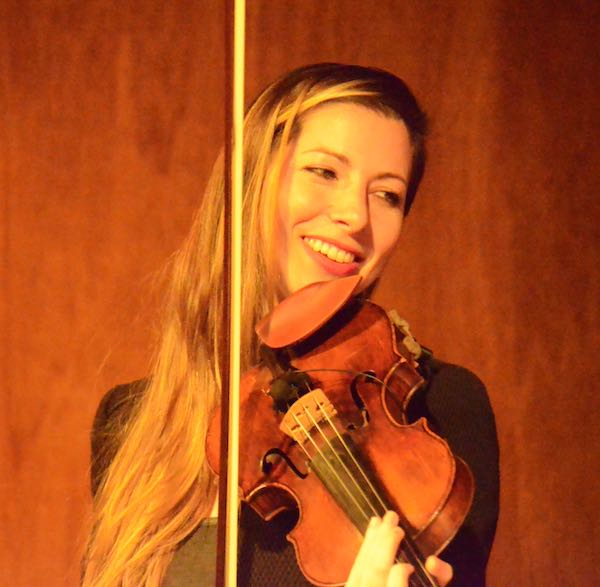 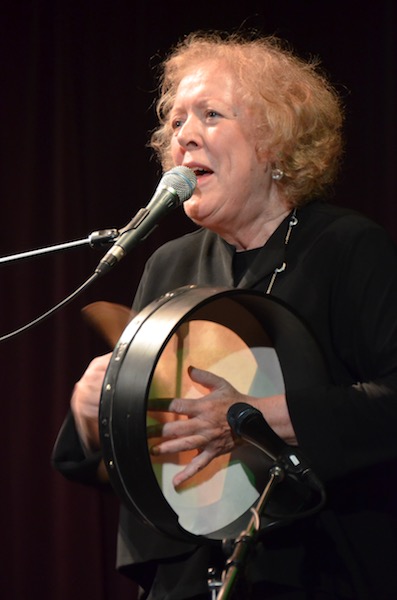 On this day in 2018 we presented Laura Smith (NS) for her
final appearance at The Rogue. Tragically, she was taken
from us early this year. She is best known for her remarkable
version of My Bonny, and she sang it that night. She even
borrowed my bodhran to sing John Keane's Boys. 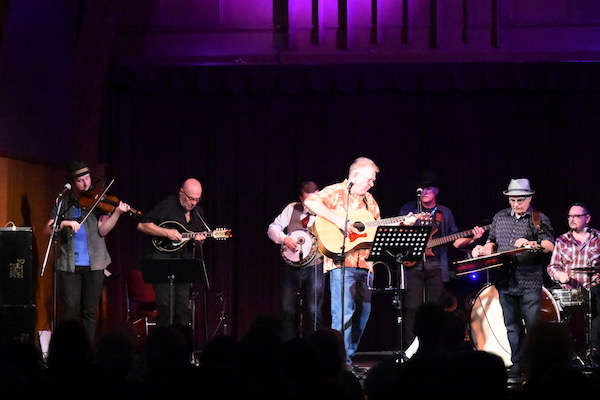 Most recently, on May 10th 2019, we presented the album launch for local singer songwriter
Joe Charron and The Great Divide at St. James.