On this day in 1993, James Keelaghan concluded a two-night run at The Wise Hall with opener Sam Weis from Seattle. See yesterday's entry for more details.

On May 9th 1998 We brought Celtic harpist Terry McDade and his family band from Edmonton. The family (aka The McDades  comprised Shannon Johnson on fiddle, Solon McDade on bass, and their brother Jeremiah McDade on a variety of wind instruments. They are all amazing musicians who continue to make brilliant and original music to this day. This was a double bill with the Ontario folk quintet Tanglefoot  who were renowned for their powerful vocal harmonies. You can read all about the two bands on Page 3 of our May 1998 issue.

On this day in 1999 we presented American guitar ace and singer songwriter Brooks Williams at The Wise Hall. Brooks was on a tour to launch his latest CD, Hundred Year Shadow and to help us celebrate the 12th birthday of the Rogue. Full details of this concert can be found on page 2 of The May 1999 issue.

In 2003, The Tillers Folly, BC folk combo extraordinaire, was the toe-tapping band at the core of our Sweet Sixteenth Birthday Bash at the Wise Hall. Details of this show can be found right here. Scroll on down to page 2. 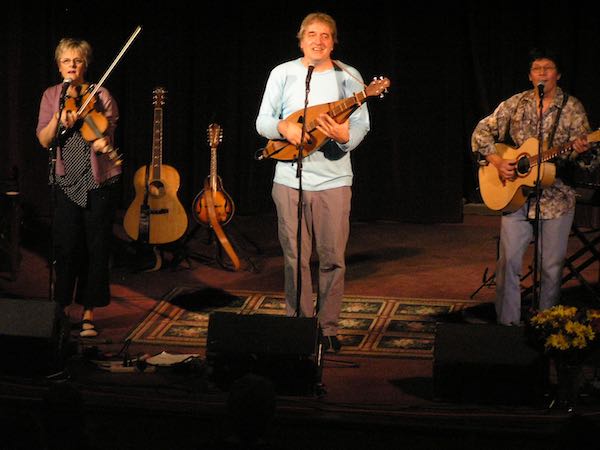 On this day in 2008 we celebrated The Rogue's 21st Anniversary with Pied Pumkin, the
pioneering independent folk trio who still draw a big crowd on the rare occasions when they can
entice Joe Mock to return from France for a little tour (most recently July 2019 for Rick Scott's
induction into the BC Entertainment Hall Of Fame). The third member of the Pumkin trio is
of course Ms. Shari Ulrich - whose daughter Julia Graff joined them for a couple of songs.
Here's how the 2008 show lined up at St. James Hall. 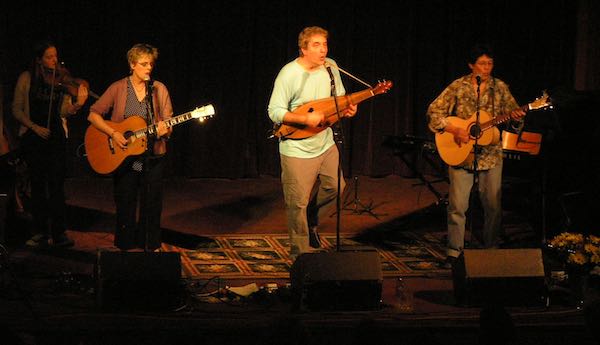 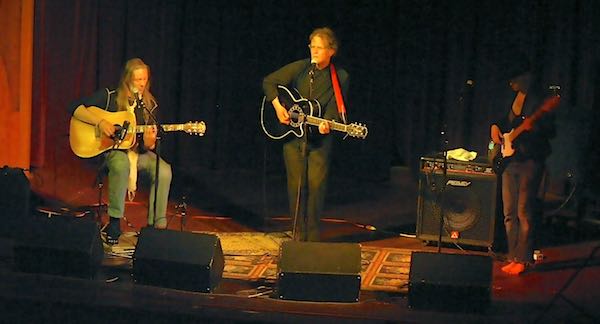 On this day the following year, 2009, The BOP Ensemble played our Birthday Bash. The
trio comprised Bill Bourne (guitar & vocals), Jasmine "Jas" Ohlhauser (bass, vocals, hula hoop),
and Wyckham Porteous (guitar, vocals). They had just launched their one and only CD,
Between Trains. It's a great album! Shame they never continued to make records together ... 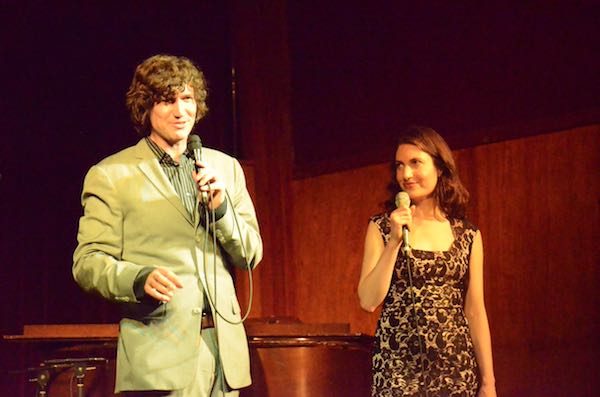 Most recently, in 2014, Victoria duo Tower Of Song (Glenna Garramone and Oliver Swain)
- plus several special guests including Kevin Fox (cello) and Reid Jamieson - brought
their uniquely beautiful arrangements of the songs of Leonard Cohen to The Rogue for our
22nd Anniversary show.