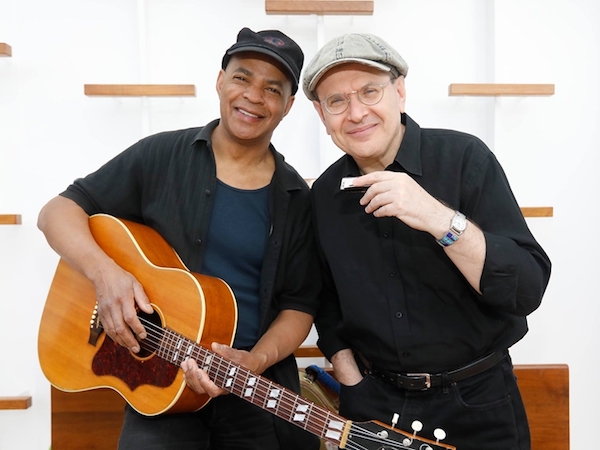 Guy Davis
has been a regular at The Rogue with 12 previous shows dating back to 1998. He's long been one of my favourite Blues singers, and he's a masterful raconteur as well. He's played loads of folk festivals in Canada down the years, most recently the Vancouver Folk Music Festival in July, where I interviewed him. You can hear snippets of that on interview on my radio show tomorrow morning on www.citr.ca (at around 10am, I think!)Guy had his musical storytelling influenced by artists like Blind Willie McTell and Big Bill Broonzy, and his musicality from artists as diverse as Lightnin’ Hopkins, Dylan, Donovan, and Babatunde Olatunji. However, there’s one man that Guy most credits for his harmonica techniques, by stealing and crediting from him everything that he could, and that man is the legendary Sonny Terry.

Guy’s new album, Sonny & Brownie’s Last Train – A Look Back at Brownie McGhee and Sonny Terry, is an homage to these two hugely influential artists, not only on Guy’s career, but to thousands of musicians around the world. One such artist is the Italian harmonica ace, Fabrizio Poggi, who collaborates with and produced this recording.

Fabrizio will accompany Guy at this very special concert, which is sponsored by long-time Rogue Folk Club members and supporters Tom Nesbit and Adrienne Burk. Thank you!!!

Tickets are still available here and at Highlife Records, Tapestry Music on Broadway, and at the door. Doors open at 7pm, show time is 8pm. See you there!!

N.B. The Sybaritic String Band's October Contra Dance has been moved to the Russian Hall in Strathcona to enable us to bring you this fine concert! Thanks, Sybs!! 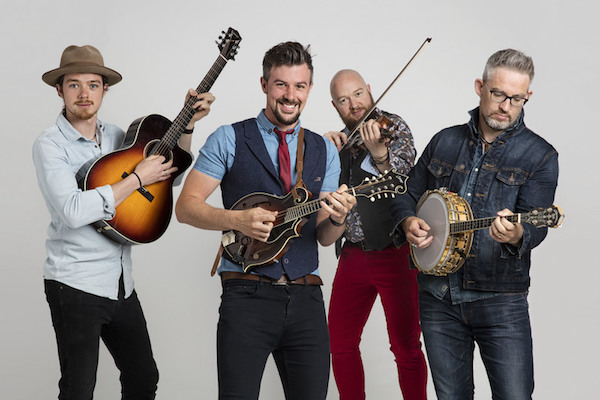 We've seen this wonderful Irish band at The Celtic Colours Festival in Cape Breton, and at the Doolin Folk Festival in Ireland, and are thrilled to be able to bring them to The Rogue for their Vancouver debut! These two pairs of brothers are such fun entertainers, with great vocals, stunning musicianship, and an irrepressible joie de vivre! They call their particular brand of music "Celtgrass", for the combination of scorching hot jigs and reels with Bluegrass and Alt Country songs. Sort of like Four Men & A Dog meets the Everly Brothers, if you like! We do like. A lot! Hope you do, too.

Tickets are still available here and at Highlife Records, Tapestry Music on Broadway, and at the door. Doors open at 7pm, show time is 8pm.

Nashville Bluegrass singer Claire Lynch has been on our radar for over a decade now, and her frequent visits to Canada led to fan mail from one particular chap who kept recommending great Canadian songwriters to her. This has led to two amazing results: their marriage, and Claire's superb CD North By South, which features songs penned by Canadian writers like Ron Sexsmith, Willie P Bennett, JP Cormier, David Francey, Lynn Miles, Gordon Lightfoot and Bruce Cockburn.

Claire is a glorious singer, and the music is definitely not all Bluegrass. Just beautiful, stirring Canadian story songs brilliantly performed by one of the finest bands in the business. We are delighted to present her first Vancouver show, and her band features Canadian and American National Fiddle Champion Shane Cooke.

Again, tickets are available here and at Highlife Records, Tapestry Music on Broadway, and at the door. Doors open at 7pm, show time is 8pm. 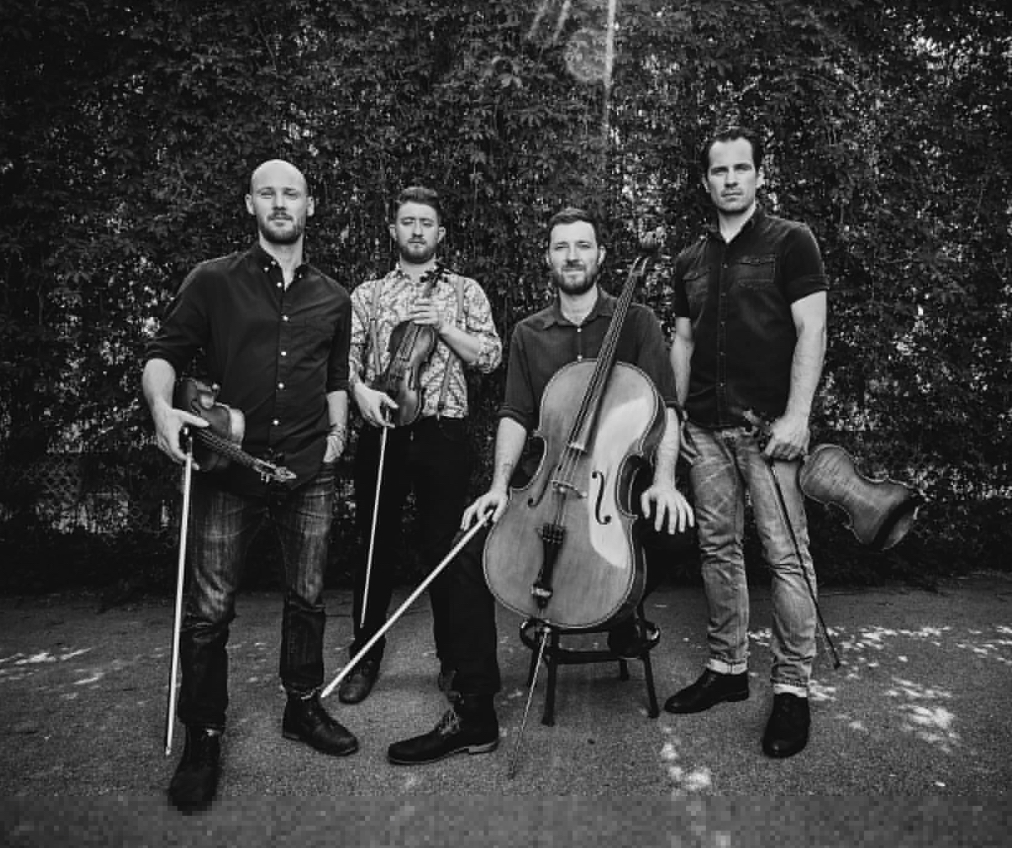 Next Saturday we present the return of the amazing Celtic string quartet The Fretless, with special guest Rachel Beck Colwill from PEI opening proceedings. More details and tickets are available here. 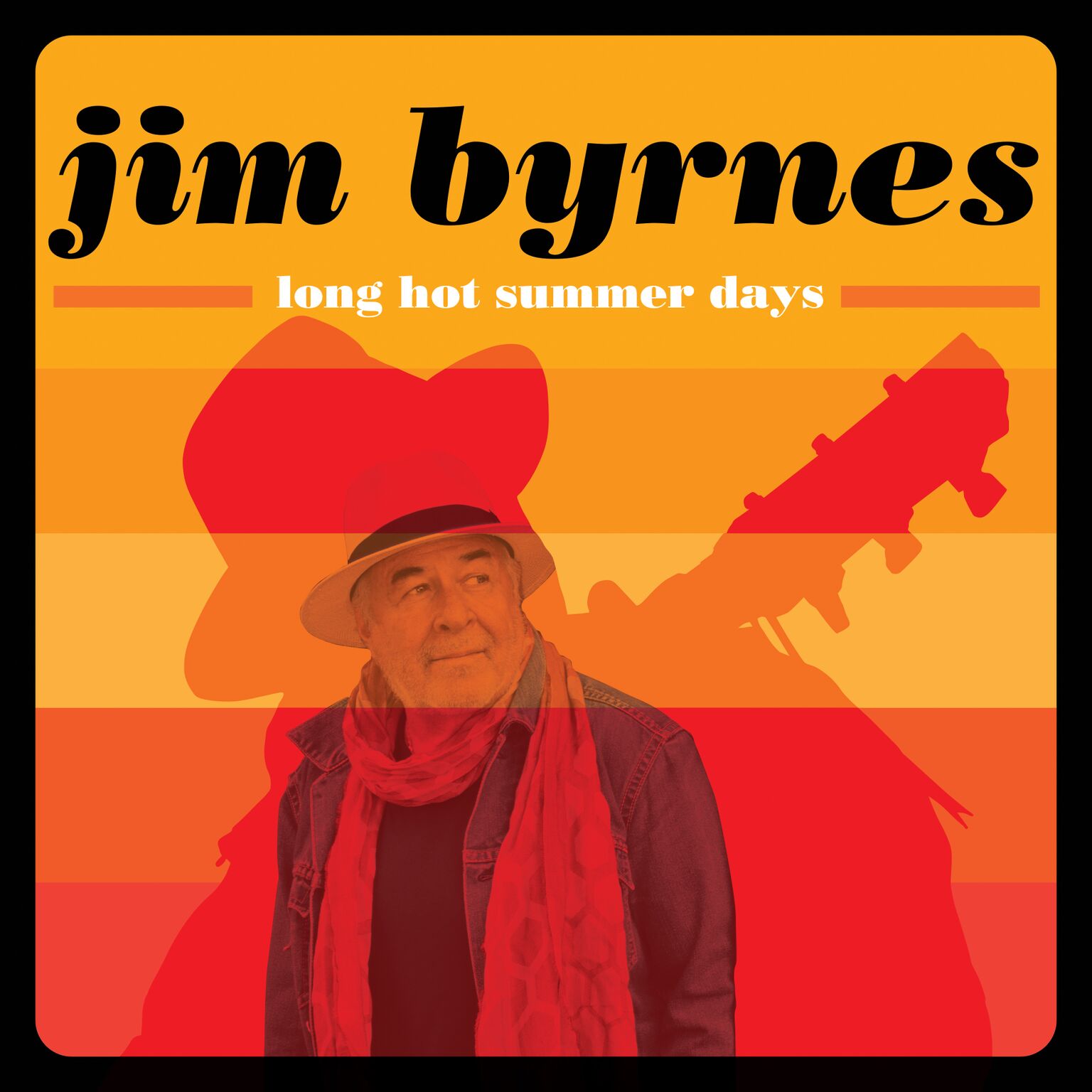 Last January we presented the CD launch concert for Jim Byrnes' stunning album Long Hot Summer Days. Hubcast Media recorded the show and JoyTV will begin a new series of shows at midnight on Saturdays, starting on October 6th with Star Captains, and October 13th with Tiller's Folly. Then on Saturday October 20th, they will feature several songs from the Jim Byrnes CD launch show at The Rogue! The show is hosted by local TV personality Fiona Forbes, and I think they are going to squeeze in a segment with me interviewing Jim. Watch for a Russell deCarle feature in the coming weeks, too. 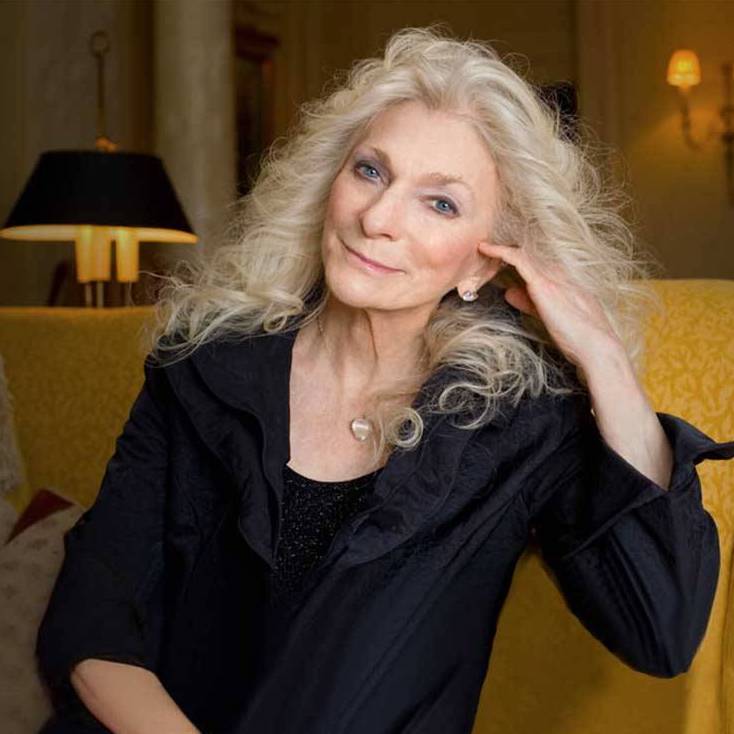 Last week I interviewed "Folk Royalty" on CiTR - Judy Collins! What a delight that was!! I'm really excited to hear her in concert tonight at The Vogue with Stephen Stills and a great band! Show time is 8pm, doors at 7. 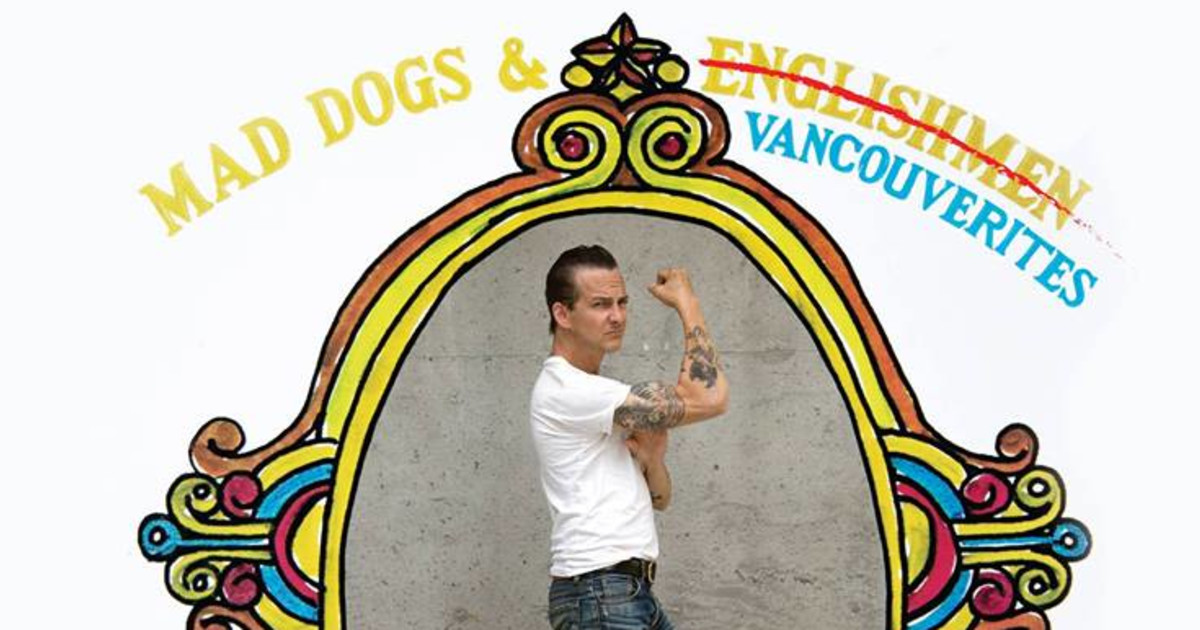 Mad Dogs & Vancouverites is the latest Album Tribute Show put together by the amazing Steve Dawson. He and his pals will pay homage to the late English soul singer Joe Cocker and his wonderful 1970 LP, Mad Dogs & Englishmen. There are two shows at the Kay Meek Theatre in West Vancouver: Friday October 12th, and Saturday October 13th. Click here for tickets. 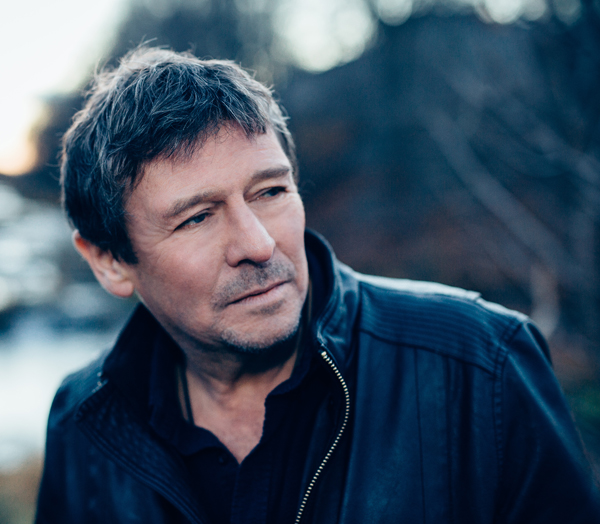 8. Coming Up at The RogueWe have so many great bands who fit into the programming MO of Celtic Colours this Fall that I've taken the liberty of sub-titling our shows - unofficially, of course - "Celtic Colours West"! For tickets and information on all our shows click here.  9. Radio WavesOn this week's Saturday Edge On Folk (Saturday 8am to noon on CiTR fm 101.9 and www.citr.ca  I'll have new releases from the likes of Ethiopian singer Minyeshu, Scandinavia's Trio Mio, wild Irish combo Kila, Dutch singer Judy Blank, Cuban mambo from Orquesta Akokan, American Blues divas Shemekia Copeland and Maria Muldaur, Alberta's own Blues diva Kat Danser, and more. Plus RIPs to Blues guitar great Otis Rush, ex-Fairport / Tull multi-instrumentalist Maartin Allcock, and Jefferson Airplane founder Marty Balin. Plus, of course features on Guy Davis (including the interview from the VFMF), We Banjo 3, Claire Lynch, and other Rogues. I hope you can tune me in and turn me on tomorrow morning from 8am to noon on www.citr.ca

Radio Rogue is also available for your Roots Music Listening Pleasure 24/7/365 on our website10. Celtic Colours on Live StreamStarting today the Celtic Colours Festival in Cape Breton (the REAL one!) is sharing a live stream of one of their amazing concerts from 3:30pm to 7:30pm Pacific. These streams will be available online any time until the broadcast of the next one starts. The opening concert features Natalie MacMaster and Blazin' Fiddles. It's on right now, in fact! There will be a new show each day up to and including next Saturday 13th.
Sep 23, 2018Oct 19, 2018